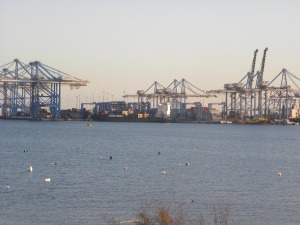 There is a common thread running through a number of local land-use planning controversies: they are tending to either ignore or give secondary importance to environmental, social and/or cultural issues, focusing instead on economic considerations.

On this page I have discussed the impact of the Freeport Terminal on  Birżebbuġa a number of times. The basic problem with the Freeport is that its impact on the Birżebbuġa community were ignored for a very long time. In fact, an attempt to include a Social Impact Assessment as an integral part of the EIA which was carried out some years ago was given the cold shoulder by MEPA. The end result was that the decision-taking process was not adequately informed of the impact of the terminal extension, both those already apparent and those which were yet to come. In particular, no assessment was made of the disintegration of the sports infrastructure in the area that has  slowly been eaten up – primarily by the Freeport.

Most of this could have been avoided through an active engagement with the local community over the years at the various stages of the project’s planning and implementation. This is why plans for the Freeport’s expansion, as indicated by the Freeport Corporation’s CEO  earlier this week in an interview with The Business Observer, should be explained  immediately. Even at this early stage it must be ascertained that the situation for  Birżebbuġa residents will not deteriorate any further.

No one in his right mind would deny that, over the years, the Freeport has made a significant contribution to Malta’s economic growth. Few, however, realise that the price paid for this economic success has been the erosion of the quality of life of the Birżebbuġa community. This is certainly unacceptable but it will only get worse, once the gas storage tanker for the Delimara Power Station is parked within Marsaxlokk Bay in the coming months, very close to the Freeport terminal.

The same story is repeating itself in other areas. Consider, for example, the 38-floor tower proposed at Townsquare and the 40-floor tower proposed for the Fort Cambridge project, both on the Tignè Peninsula in Sliema. The Townsquare assessment process is reaching its conclusion, whilst the one in respect of Fort Cambridge is still in its initial stages. Yet both are linked to the same fundamental flaw: the lack of consideration of the cumulative impact of the development of the Tignè Peninsula – which includes the MIDI development as well as the individual small scale projects in the area.

The adoption of plans and policies which have made it possible for the authorities to consider the development of the Tignè Peninsula were not subject to a Strategic Impact Assessment and, as a result, the cumulative impact of implementing these plans and policies were not identified and assessed. The end result is that the proposed towers are justifiably considered as another disruptive and unwelcome intrusion by the Tignè and Qui-Si-Sana communities.

The developers and their advisors focus exclusively on the impacts which are generated by their proposals, with the authorities generally avoiding the consideration of the big picture at the earliest possible stage.

Preliminary indications from the proposed Gozo Tunnel and the Sadeen “educational” setup at Marsaskala/Cottonera are already pointing in the same direction. In both cases, the alternatives that were generally brushed aside are the very options that need to be examined in detail in order to ensure that the challenges that will be faced in 2016 and beyond have not been prejudiced by myopic considerations in 2015.

Planning failures have serious consequences on those of our local communities that have to bear the brunt of the decisions taken for a long period of time. These can be avoided if the authorities refocus their efforts and realise that the economy is a tool which has to be a servant, and certainly not a master.

published in The Malta Independent on Sunday – 20 December 2015