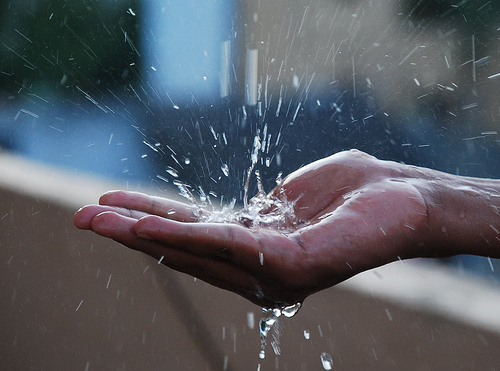 Malta needs a sustainable water policy that is implemented rather than just being talked about.

A sustainable water policy has a long-term view. Addressing today’s needs, it keeps in focus the requirements of future generations. It would protect all our sources of water while ensuring that this basic resource is valued as an essential prerequisite for life. Without water, life does not exist. With poor quality water or with depleted water resources we are faced with an inferior quality of life.

Measures to protect the water table are being implemented at a snail’s pace and risk being in place only when there is nothing left to protect. The number of metered boreholes is too little. The electronic tracking of water bowsers transporting ground water is stalled.

Alternattiva Demokratika considers that national institutions have been ineffective as the handling of groundwater is still a free for all.

Many residential units constructed in the past 40 years have no water cisterns. Consequently, rainwater is discharged onto our streets or directly into the public sewers. Flooding of streets and overflowing sewers are the result.

The Government has decided to tackle this by applying public funds to a problem created mostly by private developers. Through the storm water relief projects funded primarily by the European Union, the Government will, in effect, exempt the culprits. Instead of the polluter pays it will be the (European) taxpayers who will pay, thereby exempting the polluter from his responsibilities!

The developers have pocketed the profits while the taxpayer will foot the bill. This is the result of successive governments lacking the political will to penalise the culprits.

In addition, rainwater discharged into the public sewer is overloading the three sewage purification plants now in operation and, consequently, increasing their operating costs during the rainy season. These increased costs are shouldered by all of us, partly as an integral part of our water bills and the rest gobbling up state subsidies to the Water Services Corporation. This is due to the fact that water bills are a reflection of the operating costs of the WSC, which include the management of the public sewer and its contents!

Storm water plays havoc with residential areas, especially those constructed in low lying areas or valleys carved by nature for its own use and taken over by development throughout the years! Overdevelopment means that land through which the water table recharged naturally was reduced considerably throughout the past 40 years. Instead, storm water now gushes through areas with heavy concentrations of nitrates which end up charging the aquifer. A report by the British Geological Society has identified a 40-year cycle as a result of which it would take about 40 years of adherence to the EU Nitrates Directive to give back a clean bill of health to Malta’s water table.

Treated sewage effluent is being discharged into the sea. Being treated means that, for the first time in many years, our bathing waters are up to standard. But it also means that we are discharging into the sea millions of litres of treated sewage effluent that, with proper planning, could have been used as an additional water source for a multitude of uses. Instead, it is being discarded as waste.

After the sewage treatment plants were commissioned as an end-of-pipe solution at the far ends of the public sewer, the authorities started having second thoughts on the possible uses of treated sewage effluent. At this late stage, however, this signifies that means of transporting the treated sewage to the point of use have to be identified (at a substantial cost) when the issue could have been solved at the drawing board by siting a number of small treatment plants at points of use.

I have not forgotten the speech from the throne read on May 10, 2008, by President Eddie Fenech Adami, on behalf of the Government, outlining the objectives of the legislature that is fast approaching its last days. The President had then stated: “The Government’s plans and actions are to be underpinned by the notion of sustainable development of the economy, of society and of the environment. When making decisions today, serious consideration will be given to the generations of tomorrow.”

In water policy, the Nationalist-led Government has failed miserably. The mess that it leaves behind is clear proof that during the past 25 years it has taken decisions that have completely ignored tomorrow’s generations.