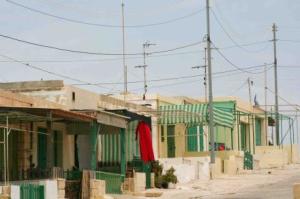 The unauthorised campers at Marsaxlokk were in the news during the last weekend not just  for their illegal camping but more for the violence they used.

It seems that the lack of action of government in respect of the Armier (and other) illegal boathouses has conveyed the message that at the end of the day they may strike a deal! Their vote for public land.

We have been through this before. That is in fact what’s on the books at Armier even though government has been very slow to implement what it has agreed to.

Agreements were entered into with the squatters at Armier  represented through their company Armier Developments Limited. Officially government is awaiting the approval of the Marfa Action Plan which was issued by MEPA for public consultation in 2002. It is government which will eventually approve the Marfa Action Plan after “careful consideration” of MEPA’s recommendations.

The Marfa Action Plan is the result of a detailed exercise through which the various activities in the l-Aħrax peninsula  were identified.

Through  the Marfa Action Plan, still in draft form , the authorities seek to compromise with the squatters by identifying five areas where they can construct alternatives to their present illegal boathouses.

Alternattiva Demokratika is opposed to arriving at any form of agreement with the squatters. They should be evicted the soonest.

The area should be rehabilitated with its cultural and natural features conserved. All boathouses illegally constructed, both pre and post 1992 should be demolished forthwith.

In its reactions to the draft Marfa Action Plan way back in 2002 Alternattiva Demokratika-The Green Party had stated that :

“The establishment of footpaths, picnic areas, proper camping sites coupled with a conservation of historical buildings and the prevention of further devastation of garigue areas through the dumping of rubble are all valuable features of the plan. AD is concerned about the effectivity of the administrative structures which will oversee the operation and maintenance of the proposed investment in such matters as the cleaning of picnic areas and the control of campsites. Enforcement structures from MEPA would be welcome”.

As no part of the island is more than 20 minutes away from the coast AD considers that the MEPA proposal for the construction of beach rooms is an unnecessary development which will only serve to reward squatters and undermine the rule of law.

Cowboys should be punished not rewarded.

My conclusion is identical to that of Dr Harry Vassallo former AD Chairman in 2002 who commenting on the Marfa Action Plan had stated: “When one considers the lack of accessible coastland and the uncontrollable sprawl of development, one realises that there can be no room for compromise in the defence of what we have left. The quality of life of the entire population should be given a priority over the privileges of boat house residents”.

Original of this post was published on Friday 17 August 2012 at di-ve.com.

On the same subject in this blog you may view:  Parties in Cahoots with Squatters 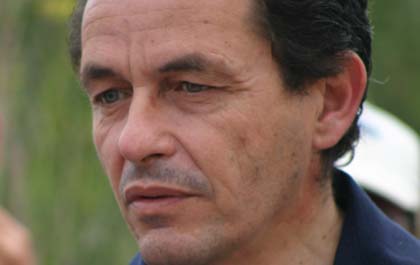 (originally published in The Times on 8th February 2008)

It was not the result of the first transport of a sudden passion that brought Carmel Cacopardo to Alternattiva Demokratika. Carmel is known for his lucid analysis and the precise articulation of his thoughts. When he acts, he acts very deliberately, with the conviction born of a careful dissection of the facts.Unlike most of the very few other political defections in the past, this one is not to a majoritarian party. Carmel comes from the self-styled natural party of government to the Greens. Why? He has always seen political activity as a duty and not as a personal investment. Now it is clearer than ever.He makes no bones about it. His letter of resignation tells it all. He lists his years of service in the highest echelons of the party and a 30-year membership, his election to the posts of information secretary, assistant secretary general and president of the council of administration. He was a candidate for the PN in the 1987, 1992 and 1996 elections. It is his life. Why has he shed it all?Approval in hotly-contested internal elections is significant, but it is only the result of certified commitment. Carmel’s public support of the PN cost him his job in the 1980s and significantly disturbed his career path. He has first-hand experience of political arrogance and discrimination with thousands of others who knew it under a Labour government. He has cast-iron credentials.He is justifiably proud of his share in bringing the PN to power in 1987. Thousands of us who voted for change in 1987 feel the same way. Most of us simply cast our vote. Few of us can boast of a share in the process to match Carmel’s.So why has he changed his mind about the PN? He puts it succinctly. He has no regrets that he joined the PN 30 years ago, but he would not subscribe to today’s PN. His reasons are worth pondering. The non-chalant treatment of those who are guilty of improper conduct in public and party affairs is the first but not the only reason. Those who have consistently misbehaved have been accorded protection; those who have resisted string-pulling, as he did in his work at the Mepa audit office, have had obstructions heaped before them.It is not the systematic frustration of his investigations that has made him resign but the reason for it: the intolerance for those capable of criticism and independent thought. Those who do not quietly submit are being sidelined. He does not go into the details since the facts have been publicly documented months ago.The repeated instances of what he describes undeniably point to a higher responsibility. It is not only those who prevented or obstructed the proper working of the planning system who are responsible but also and principally those who did nothing when the failures were made public. The failure to decide is a definite and damning decision. In the context of a single-party government, it is not possible to detach the responsibility for such a wholesale deviation of the rule of law from the party by attaching it to the government alone. In Carmel’s view responsibility must be borne also by the PN leadership per se.And this is where Carmel comes home to the Greens. It is his realisation that the single-party governments in the past 41 years have rendered Parliament unable to hold the government of the day to account. A vital part of our democratic structure has been absent for four decades. We are Alternattiva Demokratika, not as an alternative to the PN or to the MLP but as the means to provide an alternative to the two-party system, a democratic alternative with rule of law, civil rights, transparency and accountability credentials without equal. Carmel has come home.He understands the urgent need for the presence of a third party in Parliament. He speaks the thoughts and the conviction of everybody in the Green party but none of us can speak with his authority and the weight of his experience. Those who entered politics to bring about change (from within the major parties) have been absorbed by the system and have ended up justifying the unjustifiable. That is why Carmel has left the PN after 30 long years of very active politics.

He could have left in disappointment and disgust and gone home to share the quiet despair of thousands. Not Carmel; he has never learned helplessness. He has always had the courage of his convictions. If he can point out the responsibility of others, he also knows his own. With nothing to gain and more to lose he has joined the Greens. He has returned to his first days in politics, working for a change he believes in. It is all that matters.

He knows that his example is powerful, of unquestionable significance. Only he could decide to bring it to bear on our common future, and decide he did. Confronted with that decision, the Prime Minister could only show respect for it. There must be not a few of Carmel’s former colleagues in the PN whose consciences are troubled. They have a matter of days to decide whether to be in his coalition or to remain accomplices in the defeat of their dearest aspirations, their most profound beliefs.

Will 2,500 voters back him in the districts he will contest with AD? Every one of the 46,000 people who can vote for him will face a small part of the private dilemma he has resolved clearly and publicly. It may not be easy but it must be done. Do we want change or do we want single-party government forever?

If I voted in his constituency, I would be ashamed not to vote for him. Come hell or high water, he would have my number one vote. He stands head and shoulders above his competition in other parties. How can anyone even consider lesser-evil voting when a candidate of his stature stands before us? What pathetic excuse could I give myself for letting him down?

I fully expect Carmel Cacopardo to be elected to Parliament in a few weeks’ time. His contribution to political development in Malta will have been immense already on his first day in office; his and Arnold Cassola’s, Ralph Cassar’s, Edward Fenech’s, Victor Galea’s and every other Green candidate’s. I have been in excellent company for many years. It gets better all the time.