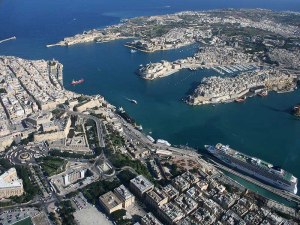 Ernest Hemingway’s Santiago in “The Old Man and the Sea” was unlucky. It took him 85 days to catch his big fish. But when he did, being on his own out at sea without any help, he had to tow it back to port, only to discover then that the sharks had reduced his catch to a mere skeleton.  It is the same with maritime policy. We need to coordinate with our Mediterranean neighbours to have meaningful and lasting results. On our own we can achieve very little.

A national integrated maritime strategy is an essential policy tool. Yet, as was pointed out by Parliamentary Secretary Edward Zammit Lewis, it is still unavailable. On May 19, European Maritime Day,  it was emphasised by Zammit Lewis that such a strategy would identify Malta’s maritime policy priorities required to support the Blue Economy.

The economic opportunities presented by the sea which surrounds Malta are substantial. We do however have to make use of such opportunities carefully, knowing that various impacts may result. Through the sea surrounding us we are subject to impacts as a result of the actions of others. Similarly Malta’s maritime activities necessarily will impact other countries, for better or for worse.

The excellent quality of seawater around the Maltese islands resulting from Malta’s recent adherence to the Urban Wastewater Directive of the EU is one positive contribution to a better Mediterranean Sea even though the sewage treatment system is badly designed as it ignores the resource value of the discharged treated water.

Through Arvid Pardo in the 1960s Malta made a lasting contribution to global maritime thought by emphasising that the seabed forms part of the common heritage of mankind.

The sea and its resources have always had a central importance in Malta’s development. Tourism, fisheries and water management easily come to mind. Maritime trade and services as well as the sustainable utilisation of resources on the seabed are also essential for this island state.

Whilst a national maritime strategy will inevitably seek the further utilisation of the coastline and its contiguous areas it is hoped that environmental responsibilities will be adequately addressed in the proposals considered.

A national integrated maritime policy, though essential, cannot however be effective if it  does not take into consideration the activities of our neighbours: both their maritime  as well as their coastal activities.

This is an issue which is given considerable importance within the European Union which seeks to assist member states in coordinating their maritime policies for the specific reason that the impacts of such policies are by their very nature transboundary.  In fact one of the EU Commissioners, Maria Damanaki,  is tasked with Maritime Affairs and Fisheries.  Her work is underpinned by the Marine Strategy Framework Directive which seeks to protect the sea in order that it could be utilised sustainably thereby contributing to attaining the objectives of EU2020, the ten year growth strategy of the European Union.

Within its maritime competencies the EU has also developed effective instruments of transboundary cooperation foremost amongst which are the Baltic Strategy and the Danube Strategy.  These macro-strategies of the European Union, as their name implies, focus on the Baltic Sea and the river Danube respectively. They bring together the European regions bordering the Baltic Sea and the Danube to cooperate in various policy areas such that the resulting coordination addresses challenges which no single country can address on its own.

A national maritime strategy will  seek to identify those areas which can absorb strategic investments in order to develop the blue economy.  An important point worth emphasising is that a sustainable development of the blue economy will ensure that no negative impacts are borne by our communities residing along and adjacent to the coastal areas. Unfortunately not enough attention has been paid to this aspect in the past. Such negative impacts can be avoided not only through careful planning but also through proper consultation with both civil society as well as directly with residents.

Impacts which have to be avoided include air and sea pollution. In addition potential noise and light pollution need careful attention in particular if the operating times of the newly identified activities span into the silent hours.

Malta’s Maritime strategy needs a double focus: a national and a regional one.  Both are essential elements neither of which can be ignored. It is in Malta’s interest to take part in initiatives addressing transboundary impacts and simultaneously to integrate these initiatives within a national maritime policy strategy. Otherwise we will face Santiago’s fate. The result of our good work will be taken up by the sharks!

Originally published in The Times of Malta, Saturday June 8, 2013