Alternattiva Demokratika – The Green Party notes that the employment of Dr Ing. Patrick Attard has been terminated after he commented on The Times online with reference to a Gozo News item. Attard was critical of the manner in which the Church in Gozo is effecting Nadur farmers through contamination of a water source which is vital for their livelihood.

AD PRO Ralph Cassar said:”The Malta Resources Authority has terminated the employment of Attard on the pretext on an inexistent breach of professional secrecy. Attard has himself declared that his service to the MRA was in no way connected to water matters. It follows clearly that the dismissal of Patrick Attard is an attack on the right of freedom of expression : a throwback to the dark 70s and 80s when human rights in Malta were more observed in the breach.”

AD appeals to the Malta Resources Authority to undo the damage done immediately by reinstating Patrick Attard. An employee cannot be dismissed without prior warning and without being given the chance to defend himself. This goes against basic ethics.

Communications and IT spokesperson Henrik Piski added:”The Commissioner of Data Protection is asked to investigate the matter to find out how the information about the electronic activities of Patrick Attard have been transmitted to third parties without his consent.” 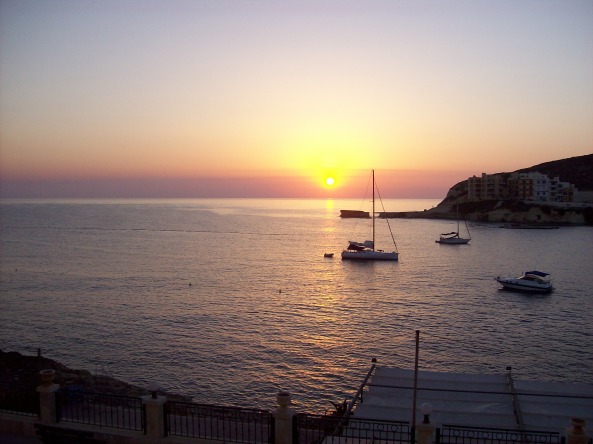 Since early 2007, when a PN commissioned survey indicated that 31 per cent of the electorate identified itself with tiny AD on environmental issues (compared with 32 per cent for the PN and 21 per cent for the MLP) it has been a race against time for the PN trying to be green. Trying to make up for lost time it took many a leaf out of the AD book: one being that relative to eco-Gozo.

For Gozo to achieve the status of an ecological island it needs to embark on the sustainable development path. This will be achieved only by matching walk to talk.

Last month the Minister for Gozo launched a public consultation intended to give flesh to the government’s eco-Gozo proposal. The minister is maybe unaware that the blue plan for eco-Gozo has already been drawn up by the stakeholders and approved by Cabinet after extensive consultation! It is titled “A Sustainable Development Strategy for the Maltese Islands”. On reading through it she will find clear directions which she should follow.

The concept of an ecological island is a vision that Gozo can be alive and kicking but not antagonistic to its ecology and life support systems. It must accept that humankind is part of an ecological system to which it is ethically bound to acquiesce. It does not mean returning to the Ġgantija era but rather that the manner the economy and social structures are organised and developed must be compatible with ecology.

The waste transfer station may be an important element in attaining this vision but it must be a holistic vision. Unfortunately this has not yet started coalescing.

Eco-Gozo could set a zero-waste target: nothing is thrown away but everything is reused or recycled. But waste is not just the solids which end up in Tal-Kus for transfer to the mainland, but also includes the liquids that transit through San Blas on their way to the waste water recycling plant and eventual discharge into the sea. An eco-Gozo would reuse all of its treated water, ensuring that its treatment is compatible with its intended use.

An eco-Gozo would also ensure that it errs on the side of caution in dealing with resources. Even at this late hour it can halt the Church in Gozo from developing a new cemetery which is playing havoc with the livelihood of Għajn Qasab farmers at Nadur. An eco-Gozo would undoubtedly realise that place names containing the semitic word “Għajn” (meaning spring) indicate a source of water flowing naturally and worthy of protection.

An eco-Gozo would strive to generate as much as is possible of its energy needs through renewable sources. This is achievable through the use of wind energy, supplemented by solar energy and energy generated through waste, including animal waste. But most of all it can be saved through energy efficiency measures in homes and other buildings.

An ecological island would ban the use of pesticides and lead its agriculture along the organic path. Its agricultural products would be healthier to consume and its water table would be less polluted. Farmers need the assistance of agricultural pharmacists to gradually decrease the pesticides in use until they can do without them altogether.

An ecological island would ensure that the ecological sites which form part of the EU Natura 2000, like Il-Qortin il-Kbir at Nadur, and those which are of great importance to the island, like Ta’ Ċenċ, are properly protected, managed and monitored. It would also ensure that declarations already made favouring the rape of Ħondoq ir-Rummien are withdrawn.

An eco-Gozo through efficient public transport would provide a reliable alternative to private cars, thereby encouraging their reduction in use. As a result it would also encourage the use of bicycles, which are surely suitable to cover the short distances between the various villages in Gozo. It would also realise that the construction industry must apply the brakes immediately. Gozo holds the national record on vacant properties: 47.66% of properties in Gozo were vacant in 2005 (9,762 out of 20,481 properties). An eco-Gozo faced with this fact would undoubtedly insist that the community can satisfy its residential needs from existing housing stock.

It takes much more than rhetoric to transform an echo to the real thing! It requires commitment and consistency. One cannot flirt with environmentalists while being consistently on the side of developers. Running with the hares does not make it possible to hunt with the hounds! In crystal clear language, a political party which seeks the support of opposing lobbies is not credible because it transmits the message of opportunism.

Throwing money at problems does not solve them. But consistency will, through the weeding out of contradictory stances and the adoption of a holistic approach. Green credentials of political parties are the result of a moral conviction, not of political convenience.