Will the United Kingdom exit the European Union? There is the distinct possibility that the answer to that question will depend on how long it takes for a decision to be taken.

The main political parties in the United Kingdom are currently dealing with the fallout of the Brexit referendum. The Conservatives are in the process of electing a new leader to replace David Cameron, who has resigned, and Labour leader Jeremy Corbyn is licking the wounds inflicted by the Vote of No Confidence passed by Labour’s Parliamentary Group.

In the meantime, the EU is awaiting the triggering of the exit procedures as established by Article 50 of the Lisbon Treaty. David Cameron has conveniently passed on the baton to his successor, so far undetermined. Two of the contenders for this position, Theresa May and Michael Gove, on the other hand, have said that if elected, Article 50 will definitely not be triggered before the end of the year.

A basic bone of contention is whether the UK will trigger the provisions of Article 50 before or after it enters discussions with the EU. Commission President Jean-Claude Juncker is adamant that no discussions should take place before the UK triggers Article 50. Yet this does not make sense for the UK, because once Article 50 has been triggered, there is no going back. It makes much more sense, and is also in line with the provisions of the Lisbon Treaty, for the EU and the UK to discuss the terms of an exit in accordance with their respective political priorities.

The issues are clear enough: whether access to the European single market should be tied to the four freedoms, that is freedom of movement of capital, goods, people and services.

Implementing Brexit should mean that the UK’s position is crystal clear: it is against the free movement of people. In fact, this is what the “taking back control” phrase of the ‘leave’ campaign means. Translated into an agreement regulating the UK’s exit from the EU, it should mean that there is no possibility of the EU conceding access to the single market. But will the UK’s political position be that clear and unequivocal? Many in the leave campaign want to have their cake and eat it. They want the benefits of membership (access to the single market) without shouldering the burdens (free movement of people). This is clearly not possible and can be made amply clear in formal or informal discussions prior to triggering Article 50.

The (new) UK government will have some serious homework to do before it sits down at the negotiating table. If it sticks to the Brexit conclusions, the terms of the agreement regulating the UK’s exit from the EU should not take long to identify. It will, however, not be that simple and ultimately it will depend on the composition of the new UK government.

Article 50 of the Lisbon Treaty

published in The Malta Independent on Sunday : July 3, 2016 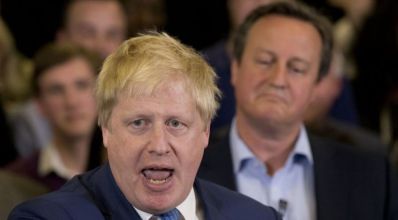