Within the context of the electoral campaign for the leadership of the Labour Party, Minister for Health Chris Fearne announced that, shortly, parking at the Mater Dei Hospital grounds will be free of charge.

At face value this is a reasonable proposal. However, when one tries to understand the implications of such a proposal it is obvious that this is easier said than done. The problem of lack of parking space is much more complex and it will not be unravelled by abolishing parking charges.

Users of Mater Dei Hospital parking are out-patients, those visiting bed-ridden patients, hospital staff and contractual workers carrying out duties within hospital grounds. All of them face a daily acute shortage of parking space, except, possibly, a small section of staff who have access to reserved parking on a 24/7 basis irrespective of the time they actually make use of it.

Mater Dei Hospital out-patients are among the most vulnerable of the Maltese population. So, it stands to reason that any measure aiming at facilitating their reasonable access to the services at Mater Dei Hospital would be most welcome. However, the availability of free-parking will not solve their parking problems. Rather, it will possibly make matters even worse than it is at present.

A more efficient use of the available parking space within the grounds of Mater Dei Hospital would undoubtedly contribute to reducing the parking problems faced by all users of the hospital, but it will most probably not solve it. At the end of the day the lack of parking space is a problem common to all sectors of Maltese society: it is an issue of over-dependence on the use of private cars with an ever-increasing number of cars competing for limited parking space.

It stands to reason that one cannot expect a number of out-patients to use alternative transport. Some already make use of public transport on a regular basis. Most would however need some form of help with their transport requirements which help is generally forthcoming from family and friends through the use of private cars.

At the end of the day the Green Transport Plan for Mater Dei Hospital would propose practical solutions in improving the hospital’s infrastructure as well as in optimising the use of its facilities. In this respect payment or non-payment for parking would be just a minor detail.

published in The Malta Independent on Sunday: 5 January 2020

The collapse of the Morandi bridge in Genova should lead to a number of lessons which have an application hundreds of kilometres away from Genova.

Notwithstanding the fact that the official investigations into the bridge collapse have barely commenced, the media in Italy is discussing the possible causes of the collapse and whether there are any other bridges on the Italian mainland that may shortly have a similar fate. The fact that there have been some seven other bridge collapses in Italy during the past five years adds more fuel to this debate.

Among the many lessons to be learnt is the need to ensure adequate maintenance of public structures at all times. How does Malta score? Not very well, I would say. Have a look at the bridge forming part of the Marsa/Qormi flyover. It does not send out a good message even if, as stated by Infrastructure Malta on Friday, the flyover is structurally safe. The authorities in Malta have only announced the commencement of a maintenance programme for this bridge when questions began being asked as a result of the Genova tragedy.

Hopefully we will henceforth have regular maintenance schedules of all public structures and,  maybe, someday the dripping Santa Venera tunnels will be seen to permanently!

What about good governance in tenders for public projects? A recent decision by the Public Contracts Review Board is cause for concern. The award of the contract for the building and finishing of a health centre in Paola was halted by this Board after serious doubts regarding the evaluation procedure were raised. In fact, two professionals (an engineer and an architect) were identified as being simultaneously advisors of the Health Ministry’s Foundation for Medical Services as well as two of the three tenderers. It is, in my opinion, very difficult to understand how nobody at the Foundation for Medical Services was aware of this glaring conflict of interest. Good governance is apparently not the Foundation’s strong point.

Adequate quality control of materials used on site is another fundamental issue. The investigations regarding the quality of concrete used in the construction of the Mater Dei Hospital project comes to mind. The Foundation for Medical Services was also responsible for this project.

This issue has been dealt with not only by an inquiry led by retired judge Philip Sciberras but also by a report drawn up by the Auditor General at the request of the Finance Minister, which was concluded and published last May.

We may remember that, in the Auditor General’s report, it was emphasised that he found a “significant lack of documentation with respect to all stages of the project”. This led the Auditor General to conclude that “the Foundation’s inability to provide basic information relating to a project of this magnitude represents an institutional failure and gross negligence in the administration of public funds”.

On the other hand, the inquiry led by retired judge Philip Sciberras also identified various deficiencies in respect of which it recommended that action be taken.

I point in particular to conclusion No. 5 of the Sciberras report which states that : “the widespread failings uncovered by the present day technical reports indicates that the pervasive weak concrete found in the site is a result of intended fraudulent actions. Moreover, the Board is left with a distinct impression that events as they transpired were not the fruit of coincidence or providence but seem to indicate an element of concertation and direction.”

Apparently, not much has been done to date regarding the  implementation of the recommendations of these reports. Shall we wait for our own bridge collapse before action?

There is one basic lesson to be learnt from the Genova tragedy: a lack of good governance is a potential killer.

Published in The Malta Independent on Sunday : 19 August 2018 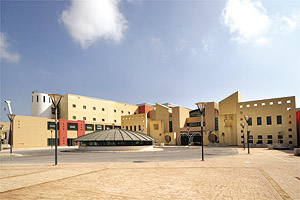 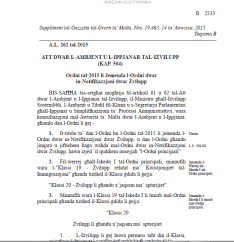 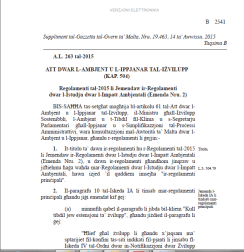 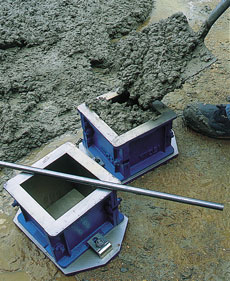 The issue came to the fore last September when Minister Konrad Mizzi said that there were problems with constructing additional wards on the Emergency Department of Mater Dei Hospital.  The contractor whose tender had been selected proceeded to carry out the necessary tests to ascertain that the existing buildings had the specified load-bearing properties. It was found that they did not.

All hell broke loose. Questions were asked as to how this was possible. Only one person kept his cool, former Finance Minister Tonio Fenech who, in September ,  declared  that he was not at all surprised by what was being said. He added that he was aware that Skanska, the contractor in charge of the hospital construction project, had repeatedly refused to construct additional floors because (it maintained)  the structure was not designed to carry such additional loads.

How come that only former Minister Tonio Fenech seems to have been aware of the design limitations of the hospital’s concrete?

On the other hand, whilst an inquiry is under way, Minister Konrad Mizzi is unethically disseminating selective titbits of information in order to make heavily loaded political statements.

Arup Group, a UK engineering firm, was commissioned by the government to analyse  the concrete used in the hospital’s structure. The report, which has already been submitted to the government and parts of which are being selectively quoted by Minster Konrad Mizzi, has not yet been published.

Likewise, the government is selectively quoting a waiver agreement between the Foundation for Medical Services and Skanska, signed on the conclusion of the project, presumably putting in writing what had been  agreed when addressing the final list of pending issues between the parties. The quotes being made lead to the conclusion that the waiver agreement was a blanket waiver. In fact, Minister Konrad Mizzi is actively encouraging such a conclusion. A full disclosure of the agreement would make it possible to consider whether the selective quotes are misleading –  as they most probably are.

Contrary to the manner in which the public debate has so far developed, the issue of the hospital concrete is primarily one of quality control on site, that is whether adequate quality control existed on site throughout the duration of the project. Such quality control requires that all concrete used on the Mater Dei project should have been sampled on use and tested according to established standards. Generally speaking, 28  days after use the project management team would have been in possession of the laboratory results on the concrete’s strength.

The questions which logically arise are whether the project managers had results indicating that the concrete supplied was not compatible with the relative specifications and, if such results did in fact materialise,  the manner in which they reacted to them.

The answers to these questions will point to the technical responsibilities arising both professionally and managerially.

These are undoubtedly issues which the inquiry led by Mr Justice (retired) Philip Sciberras will examine, hopefully in some detail.

The sooner this whole saga comes to an end, the better. It is about time that everybody’s mind is at rest. This includes the taxpayer, who is not yet certain whether he will end up footing the bill.

Published in The Malta Independent on Sunday, 31 May 2015