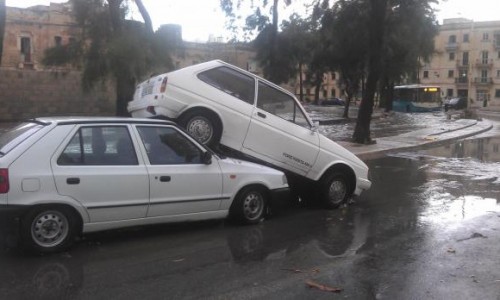 Hurricane Sandy swept through the states of New York and New Jersey making it clear to all that the forces of nature, amplified and stronger as a result of climate change, will spare no one.

The impacts of climate change are here for all to see. The destructive power of nature is being made incrementally worse by a warming climate. In 2012, it was Hurricane Sandy that wreaked havoc on New York and New Jersey. In 2005, it was Hurricane Katrina that devastated New Orleans.

The havoc left behind in New York and New Jersey has been documented by the visual media. Less evident was the damage and misery in Haiti and neighbouring Caribbean countries.

Large areas of New York were without electricity. Over 40,000 New Yorkers were homeless as a result of Hurricane Sandy. This made the news.

However, disaster-stricken Haiti has been hit much harder. More than 200,000 Haitians already in makeshift homes as a result of the 2010 earthquake are now homeless.

A cholera outbreak in Haiti could be made worse by floods. Haiti, which is an agricultural economy, has also suffered a large loss of crops. This will lead to food shortages compounding the misery of an already impoverished nation.

Meteorologists have commented that more hurricanes are occurring late in the season, even after their “normal” season has ended. A 2008 study had pointed out that the Atlantic hurricane season seems to be starting earlier and lasting longer.

It is not only in the Atlantic that the climate is changing. Earlier this month, the Meteorological Office informed us that, in Malta, October 2012 was the sixth hottest month on record since 1922. With an increased frequency we too are witnessing more intense storms, which are playing havoc with an ill-prepared infrastructure.

The civil protection issues resulting from flooding will be hopefully addressed through storm-water relief projects substantially funded by the EU. While this will go a long way towards reducing damage to life and limb, it addresses the effects while leaving the causes of flooding largely unaddressed.

Malta’s climate change adaptation strategy, adopted some time ago, had pointed towards the issue of rainwater harvesting, which has not and still is not given due importance in new developments both those on a large scale as well as those on a much smaller scale.

The lack of application of rainwater harvesting measures through the construction of appropriately-sized water cisterns is an important contributor to the flooding of Malta’s roads and the overflowing public sewers whenever a storm comes our way. This occurs irrespective of the severity of the storm. Addressing this cause would go a long way towards reducing the volume of storm water that has to be contained to prevent it from causing damage.

By now it should be clear that there is no political will to address the issue as such a measure would entail taking action against developers (large and small) who did not provide rainwater harvesting facilities in their quest to increase profits (or reduce costs) in their land development projects. This has been the unfortunate practice for the past 50 years. Old habits die hard.

The expenses required to tackle a principal cause of the problem has been shifted from the developers onto the public purse, this including the EU funds being utilised. This expense has to make good for the accumulated (and accumulating) incompetence in rainwater management by focusing on the effects but simultaneously ignoring the causes.

Therefore, when one speaks on the devastating impacts of nature and climate change it should be realised that some of these impacts are being amplified as a result of the way in which successive governments have mismanaged this country’s resources.

The impacts of flooding are the ones which leave a lasting impression due to their detailed documentation by the media. There are, however, other impacts that are as important and in respect of which a public debate is conspicuously absent. I refer in particular to the impact of rising temperatures on agriculture and health.

Not discussing these issues does not mean that they will disappear. It only means that we are ill-prepared for the inevitable impacts and the necessary changes.

There is much to be done. So far, we have barely scratched the surface.

Published in The Times of Malta Saturday November 10, 2012