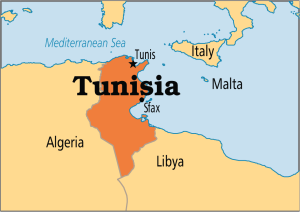 At the University of Carthage in Tunisia between Thursday and today the international community has been engaging with Tunisian civil society. The Fifth Global Forum on Modern Direct Democracy – Decentralisation by Participation exchanged views and experiences with all sectors of Tunisian civil society: young people, women and trade unionists were at the forefront, with very passionate views on the Tunisian roadmap to democracy.

Why has the Arab Spring in Tunisia provided different results from those reaped in Egypt, Libya, Yemen and Syria?

Yahd Ben Anchour, lawyer, former Chairman of the High Commission for the Preservation of the Revolution, and charged with overseeing  constitutional reform in a post Ben Ali Tunisia, emphasised the fact that the roots of this more successful outcome can be traced to a number of policy decisions in the late 1950s. The then Tunisian strongman Habib Bourguiba had championed free access to education, including higher education. He had, moreover, championed gender equality right from the first days of independence.  Tackling these issues made Bourguiba an exception in the Arab world.

From outside Tunisia, Bourguiba’s personality cult, the large scale clientelism over the years as well as the leadership of a one party-state naturally overshadowed his otherwise significant  social achievements, which are considered by many as the essential building blocks of today’s Tunisia civil society.

Even though a number of Tunisian women are still shackled by tradition, the number of them active in public life is impressive. It is this exceptionalism which has given the Arab Spring in Tunisia the edge over neighbouring countries and consequently the reasonable chance of success.

Mohammed Bouazizi’s  self immolation and subsequent death on the 4 January 2011 brought together all those dissatisfied with the Tunisian regime, leading to its downfall and laying the foundations for the first democratic state in the Arabic family of nations.

The debate in the Global Forum focused on the discontinuity of the electoral process in contrast to the permanence of political dialogue and participation. In a society which has rediscovered its hold over its own destiny, it is emphasised that political participation bridges the gaps of political time and goes beyond political monoplies. All Tunisian participants emphasised the fact that direct democracy reinforces – and is complimentary to – representative democracy.

Power originates from the people, who ultimately remain its sole arbitror. This can be done through referenda, not just to delete legislation but also to propose measures which the elected representatives did not consider necessary.

It is an ongoing debate that sees young people, women and trade unionists together with a new generation  of political activists debating the next steps to be taken by a democratic Tunisia.

It is in Malta’s interest to nurture this democratic development on our southern borders. We are not accustomed to having this type of neighbour!   During a recent meeting with Tunisian Premier Habib Essid, Malta’s Foreign Minister George Vella stated that Malta was willing to support Tunisia’s democratic process.  Back in 2012, in the first months after the revolution, Michael Frendo, then Speaker of Malta’s House of Representatives,  had also been in Tunisia, offering Malta’s  hand of friendship and cooperation to our neighbours.

Some positive developments for a change to our south.

You know where we stand. This statement distinguishes Alternattiva Demokratika, the Green party in Malta, from the other political parties. Greens in Malta are, and have always been, clear as to the political agenda which they champion. In contrast, there are a number of issues on which both the Nationalist Party and the Labour Party are silent or evasive.

One important issue will be missing from AD’s 2013 electoral manifesto for the first time since the 1992 general election. I am referring to proposals for the introduction of divorce legislation. The PN and the PL always shied away from taking a stand on divorce. They were, however, faced with the inevitable when PN maverick MP Jeffrey Pullicino Orlando, (later joined by Labour MP Evarist Bartolo) took a leaf out of AD’s 2008 electoral manifesto and presented a Private Member’s Bill on divorce. The Bill was approved after the need for divorce legislation was endorsed by popular support expressed in a referendum notwithstanding the resistance of a number of fundamentalist MPs.

Much has been written about the matter but it is necessary at this point in time to underline that on this basic issue both the PN and the PL failed to be clear with the electorate. They tried to avoid the issue to pander to fundamentalist sentiment.

AD has always been very clear on the issues it supports or opposes. It will remain so.

Today, AD will present to the public its team of candidates, which, once more, will be contesting all 13 electoral districts in the March 2013 general election. Eventual Green members of Parliament will ensure a responsible approach to the country’s challenges.

Instead of political pique and unnecessary confrontation, Green MPs will advocate a policy of consensus based on consistency, responsibility and progressive politics.

Greens in Malta will continue to be the strongest defenders of what is left of Malta’s environmental heritage and will strive towards having public spaces that are accessible to all.

Greens, in contrast to the others, have already proven themselves of not being hostage to big business, hunters, trappers, firework fanatics, Armier squatters and greedy land developers.

We insist on the need for sustainable policies. With over 70,000 vacant dwellings resulting from a land use policy that is anything but sustainable, Greens in Parliament after the March 2013 election will champion the immediate reversal of the rationalisation exercise that has extended unnecessarily the permissible development boundaries.

Water has been mismanaged over the years such that the water table is severely depleted and treated sewage effluent is discarded, being considered as a waste product rather than as an important resource. In the long term, all boreholes in private use should cease to be operational and steps have to be taken to ensure that it is clear to all that the water table is public property.

In contrast to the above, the PN and the PL have taken an ambivalent attitude towards the environment. They bend backwards making efforts to be pleasant to environmentalists, yet, simultaneously echo the demands of those who have been plundering natural resources.

Greens have always stood up for animal rights.

Greens call for socially just economic and social policies, such as the need to increase the minimum wage as well as socially just pensions, including adequate disability pensions. To counter speculation and to discourage the unsustainable use of property, Greens propose taxing vacant properties, from the third property onwards.

AD will continue to be the progressive party, championing humane social policies and equal rights for all: persons with disability, LGBT persons as well as alternative families.

AD is for gender equality, in favour of the right of access to IVF without discrimination, full equality in marriage and family rights for same-sex couples. AD is against all forms of discrimination, including that based on race.

AD will advocate the decriminalisation of drugs for personal use while insisting on the necessity that society helps drug victims to overcome their addiction rather than criminalise them.

Green MPs will be ready to work with MPs from other political parties on the basis of an agreed joint programme and will work to ensure its implementation when in Parliament.

As a minor partner, Greens will strive to develop politics by consensus, conscious that this is a prerequisite essential to the creation of a stable political environment.

Voting for AD is a vote for change in the method of governance that has been corrupted by the two-party system. If you believe in giving priority to social justice, civil rights, environmental justice, sustainable development, ecological modernisation, and, last but not least, the reform in the institutional set-up for the enhancement of democracy, you know where you stand with the Greens.

Voting for the PN and PL signifies voting for a stagnant two-party system.

AD can deliver change. The other parties cannot: they are compromised.

You know where we stand.

published originally in Times of Malta on January 12, 2013 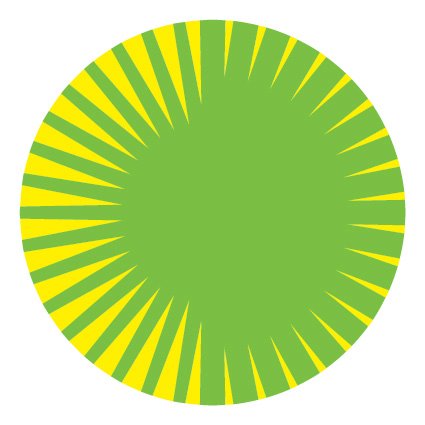