The Chamber of Commerce is rightly concerned about the reputational damage that will inevitably result from a lack of institutional transparency as well as ever-diminishing good governance.

This was emphasised by Chamber President Anton Borg on Monday when addressing an event at which the Prime Minister was present. Mr Borg was quoted as stating: “Our business community fears that we are regressing on an important non-cost element of competitiveness. I refer to the country’s reputation in terms of the transparency and the integrity of our institutions.”

Well said, Mr Borg. It is about time that the business community says publicly what most of its members say in private. Mr Borg’s message was clear – even though he was very diplomatic in driving it home. He referred to the recent Ernst and Young attractiveness survey which reported a 15 per cent drop over 2015 in the perception of Malta’s political stability and regulatory transparency. He even referred to the 10 point drop in Malta’s placing in the International Corruption Index published by Transparency International.

The next day, Malta Employers’ Association outgoing President Arthur Muscat drove the message further home by emphasising that a 10 place fall in the corruption index is not an indicator of good governance.

Prime Minister Joseph Muscat, who was present when Mr Borg delivered his stern warning, immediately activated an ostrich line of defence by retorting that investment was still being attracted to the country and emphasising that business does not invest in corrupt countries.

Well I am not so sure about the Honourable Prime Minister’s statement.

Anton Borg and Arthur Muscat are very decent chaps and they will do everything it takes to stay above the political fray. But they are conscious that these are not normal times. On behalf of their members, they have stood up to be counted.  It is very positive that, through Mr Borg and Mr Muscat, the business community is prepared to take a definite stand against the ever-increasing lack of transparency in public administration as well as in favour of good governance.

In an introductory note on the EY 2016 attractiveness survey entitled The future is today, EY’s Ronald A. Attard says:    “Malta remains attractive to foreign investors. Indeed, this year’s scores are the highest in the last three years. Yet, this ‘helicopter view’ hides significant shifts on the ground, that cannot be ignored. To get the full picture, we need to install a telescope on the helicopter.”

Apparently Prime Minister Joseph Muscat prefers to limit himself to the helicopter view, as a result ignoring the significant shifts on the ground. The view from the ground – as attested by the attractiveness survey – reveals that over a period of 12 months the percentage of those surveyed who consider  that the stability and transparency of the political, legal and regulatory environment  is very attractive or attractive has dipped from 85 per cent to 70 per cent.

The reality on the ground is changing, but this is not immediately obvious to those enjoying a helicopter view.

The Corruption Perceptions Index for 2016 published by Transparency International, on the other hand, sees Malta classified at 47th place, down ten places from 2015. This is certainly not a good sign and only maybe encouraging to government advisor Shiv Nair, blacklisted by the World Bank for corruption activities.

Joseph Muscat is apparently worried and wants to protect us from “abusive” journalists.  It would be much better if he ensures that the institutions established specifically to protect us are allowed to function as intended. This is apparently not so obvious from high up in the helicopter but is pretty obvious to an ever-increasing number of those on the ground.

This country has much to offer – its potential is immense; but we must weed out the parasites at the earliest opportunity.

published in The Malta Independent on Sunday : 5 March 2017 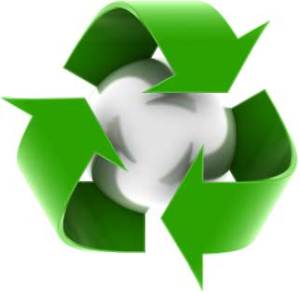 The government has published a number of policy documents for public consultation. Two deal with different aspects of water policy while a third deals with issues for a National Environment Policy.

Also of relevance is an Ernst & Young Report commissioned by the Malta Environment and Planning Authority on a 2008 Public Attitudes Survey. It is dated April 2010. Although recently published I do not recollect reading anything in the press about this survey. One of the conclusions of this survey should be an eye opener to policy makers as to the central importance which the Maltese public attaches to the environment.

To my mind these are significant conclusions contrasting with current national policy which considers that the economy has an ­overriding priority over the environment. The Maltese public thinks otherwise: 92 per cent of respondents of the Mepa Public Attitudes Survey have understood that the economy should not be an overriding consideration in environmental policy formulation. Now this is what sustainable development is all about.

The way in which our society has evolved and is organised is such that it considers human activity as meriting overriding importance. In fact it is often stated that policies are anthropocentric. Both PN and PL environmental policies can be grouped in this category. AD together with other Green parties around the globe differs as it follows a eco-centric path. But then the ecology has no vote!

Sustainable development properly construed considers the need of an eco-centric environmental policy. This signifies that a holistic approach is applied through which impacts on the whole eco-system are considered.

Now this is completely different from the manner in which our society is accustomed to look at itself. An eco-centric approach leads us to take a long term view in contrast to the short-sighted view of our immediate interests. This does not only impact land use but also waste management, agriculture and fishing, light pollution, acoustic pollution, air quality, water resources, mineral deposits, transport policy, the protection of our ecological heritage and many other areas.

When one considers the above I cannot understand why the authors of the National Environment Policy Issues Paper ignored the National Sustainable Development Strategy when formulating the Issues Paper for public consultation. They considered the 2008 State of the Environment Report and the Parliamentary debate which ensued together with the Ernst & Young report above quoted as the basis for a discussion.

In so doing they ignored completely a consultation process spanning a number of years which answered most of the questions which the Issues Paper poses.

This is surely not a new way of doing politics. It is a way with which most of us are familiar as it does away with past achievements and seeks to start a fresh page, ignoring everything and everyone. Knowing that at least one of the drafters of the National Environment Policy Issues Paper was actively involved in the process leading to the National Sustainability Strategy, I must ask the obvious question: Is the Issues Paper the first step towards the scrapping of the National Sustainability Strategy?

The current Bill before Parliament which seeks to consolidate existing legislation on land use planning and the environment removes all references to the National Sustainable Development Commission. It was stated repeatedly that a separate legislative measure will be proposed dealing with issues of sustainable development. Yet to date this is nowhere in sight. Does this confirm that there have been second thoughts on the National Sustainability Strategy?

The Strategy should currently be in the process of implementation. Section 5 of the Strategy entitled “The Way Ahead” provides that ministers have to produce action plans for the implementation of the National Sustainable Development Strategy in their portfolio within 18 months from the adoption of the strategy.

The strategy was adopted by Cabinet more than 18 moons ago yet the action plans are nowhere in sight.

I have never had any doubt that this government is being consistent with its beliefs: it says one thing, but when push comes to shove it proceeds with doing something else.