The proposal by Franco Mercieca (Minding Our Gap, The Sunday Times, January 23) and Parliamentary Secretary Chris Said (Light At The End Of The Tunnel, The Times, January 31) to permanently link Malta and Gozo need to be considered in a strategic context.

Various proposals have been discussed throughout the years addressing Gozo’s double insularity. While the difficulties encountered by Gozitans to cross the channel are to be addressed it has to be underlined that if a permanent link is introduced it may have various other effects in addition to addressing mobility between the islands.

None of the proposals has assessed whether Gozo’s isolation is a positive feature, which, once lost, will never be regained.

Once Gozo is permanently linked with the mainland it will be an integral part of it, for better or worse. In particular, one would have to consider whether a permanent link would impact negatively the contribution of tourism towards the Gozitan economy.

Certainly, with an easier access, Gozitan consumers could tap the retail outlets of northern Malta. With Dr Said being responsible for consumer protection this could be an added bonus.

Whether the proposal is a bridge or a tunnel, a land based or an amphibious airplane. all come at a cost and leave considerable impacts. Costs are not just economic but social and environmental too.

A tunnel excavated below the seabed will undoubtedly eliminate visual intrusion into the Comino and Ċirkewwa landscape but it will certainly cause another rubble mountain resulting from excavating through at least six kilometres of rock under the seabed as well as additional kilometres to create the tunnel’s points of access on land. This rubble mountain could be anything between 1.5 and two million cubic metres of excavated rock depending on the actual design of the tunnel and its selected route.

The experience of various Nordic countries has been mentioned. At the time of writing a similar project has just been approved by the Danish Parliament to link the Danish island of Lolland to Fehmarn, a German island. Both islands are already linked through bridges to their respective countries. When finalised, this project would reduce the duration of a rail journey between Hamburg and Copenhagen by 33 per cent, from 4.5 hours to three hours. The tunnel will be 18 kilometres long. Works are projected to commence in 2014 and will take about six years to conclude. Costs are estimated to be in the region of 32 billion kroner, that is €4.2 billion. The projected tunnel across the Fehmarn strait will not be of the excavated type but prefabricated sections will be laid on the seabed.

The costs of these types of projects are indicative as there are a lot of variables involved. The Channel Tunnel between England and France, for example, overshot its final estimates based on actual designs by over 80 per cent.

Geologist Peter Gatt, commenting on The Times (February 3), pointed out that the Gozo Channel’s geology is riddled with faults. In addition, he pointed out there are areas of the seabed around Comino where clay abounds. This, it was pointed out, compounds the issue of expenses relative to civil engineering solutions, which have to be based on a thorough examination of the geology of the Gozo Channel.

There are a large number of caves in the areas. In addition, as pointed out by marine biologists, the Gozo Channel contains various marine protected areas.

On the basis of the above, it would seem the cost of the projected tunnel would be substantially higher than the €150 million guesstimate of Dr Said. The Fehmarn strait projected tunnel costings point towards an estimate of between €1 billion and €1.5 billion for the Gozo Channel tunnel, that is between six and 10 times the Said guesstimate. This estimate could become more precise when all the constraints, foremost being those of a geological and environmental nature, have been identified.

The government is unfortunately approaching the issue of identifying the suitable missing link between Malta and Gozo in a very amateurish and populist manner. It has so far failed to produce a strategy addressing the interlinking of transport between Gozo and the north of Malta. When such a strategy has been produced it should be subjected to a strategic assessment as laid down by the Strategic Environment Assessment Directive of the European Union. The social, environmental and economic impacts of the various options on both Malta as a whole and Gozo as a region would thus have been identified and analysed.

The necessary decision can then be taken in the interest of the whole community.

It has to be clear to all that if we are to arrive at a solution in identifying the suitable missing link the populist approach utilised so far should be discarded. 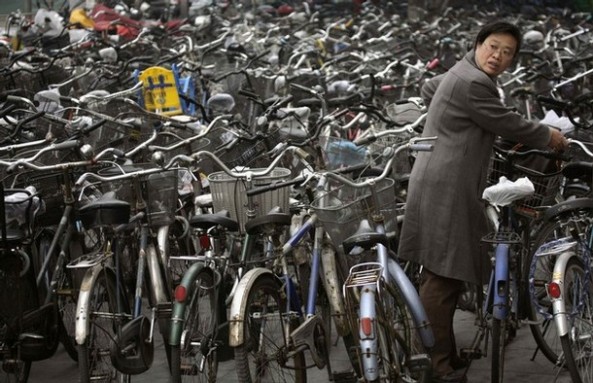 TAIPEI, Taiwan — The government was urged yesterday to expand the number of cycle-only lanes around the country so as to help turn Taiwan into a “bike island.”

Liu Chin-piao, chairman of Taiwan’s flagship bicycle maker Giant, said that despite government efforts to promote cycling as part of the efforts to save energy and cut carbon dioxide emissions, Taiwan cyclists’ safety on the roads is not secured and their “rights to use the roads” are not protected at all.

Citing Denmark’s capital of Copenhagen as an example, Liu said that about one third of the city’s office workers go to work by bicycle — one of the highest percentages of cycle commuters in the world.

Liu attributed Copenhagen’s high percentage of cyclists to the government’s sound plans, investment and relevant laws, including building bike routes alongside every major road in the municipality.

Taking the Netherlands as another example, Liu said the Dutch government and public have followed a culture of “replacing cars with bikes” over the past century, as environmental protection has always been a major and sensitive issue in the low-lying country with few hills.

Liu said there are bike routes on every major road in Amsterdam and Rotterdam and parking lots in the Netherlands’ two largest cities exclusively for bicycles.

He quoted statistics from the Netherlands as indicating that each Dutch person owns an average of three bicycles, representing the highest bicycle density in the world.

Moreover, he went on, both the Netherlands and Denmark maintain a “City Bike” service system, allowing people to use bikes free of charge.

Liu said Giant has played a strenuous role as a pusher and a bridge between the government and the public in an effort to make Taiwan’s road conditions more conducive to cycling since its Cycling Lifestyle Foundation was established 18 years ago.

Believing that high fuel prices will result in less frequent automobile use and more widespread use of bikes and electric scooters, Liu said Giant has continued to make efforts in an attempt to turn Taiwan into a “bike island.”

Among the various programs Giant has launched is a service that allows cyclists to “rent a bike at place A and return it at place B” across Taipei city and county.

“A total of 2.65 million people have used the service over the past six years,” Liu said.

In addition, he said, by cooperating with Giant, the Cabinet-level Sports Affairs Council has since 2007 designated May as the “month of cycling” and one of the first days in May as “the day of cycling.”

Meanwhile, the Executive Yuan has been planning to develop bicycle routes alongside major roads in the country’s 25 cities and counties in an effort to save energy and cut carbon dioxide emissions.