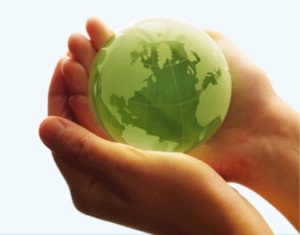 Malta’s environmental policy has to date been EU driven for the simple reason that the political establishment in Malta has resisted its development. Dumping environmental responsibilities with land use planning has, in my view, been an integral part of this strategy.

Notwithstanding its past performance, the government’s declaration that it will now embark on consultations leading to the formulation of an environmental policy, which is locally driven, is welcome news. Only time will tell whether this is another exercise in green-washing.

The government’s commitment to safeguard the environment is not to be gauged through its declarations but through its actions or lack of them. Its lack of environmental credentials has been manifested many times. The latest being by Parliamentary Secretary Mario de Marco who, when introducing the Environment and Development Planning Bill in Parliament, stated that the environment will “no longer be the Cinderella of development”.

This has not come about accidentally. It was a deliberate exercise as a result of which the expertise, which the former Department for the Environment was slowly accumulating, was wiped out. Those who plotted the merger needed to ensure that environmental decisions were subject to development considerations at all times.

Cabinet responsibility for the environment made its first appearance immediately after the 1972 Stockholm Human Environment Conference. In 1976, Malta had a Minister for Health and the Environment. His environmental remit focused on landfills. During his watch, the Luqa and Wied Fulija landfills were closed and a new landfill at Magħtab was opened!

The first real minister for the environment in Malta was Daniel Micallef. He was appointed in 1986 during Labour’s last months in government by then Prime Minster Karmenu Mifsud Bonnici, who was seeking to counterbalance the widespread corruption in the Lorry Sant-led Ministry of Works. This corruption was subsequently documented.

Between 1986 and 2002 much was achieved. It would suffice to state that when, in 2002, the Department for the Environment was disbanded it had more credibility and was much more effective than Mepa’s Environment Directorate is today.

A local company that bottles water and soft drinks was recently awarded the 2009 Environment Award for Industry by the Cleaner Technology Centre. The company had relocated to a new site, upgrading its facilities to function eco-efficiently. But it still makes use of substantial amounts of water extracted from the water table through boreholes and sells this as bottled water and soft drinks. Extraction is to the tune of 51 million litres annually. The director of the Cleaner Technology Centre, when prodded in other sections of the press, admitted that the award adjudicating board was not aware that the company extracts ground water through boreholes. Seen within the context of Malta’s depleted water table this award is environmentally blasphemous.

Some persons entrusted with environmental matters have a proven capability of justifying the unjustifiable. This partly explains why Malta’s environmental administration is in shambles.

Within this context I believe there are more pressing issues than the drafting of an environmental policy. Applying all the EU environmental acquis would be a good first step.

A point I have harped on in these pages (1) (2) is the non-implementation of the waste from electric and electronic equipment directive. This directive applies “the producer responsibility principle” as a result of which producers and their representatives have to take back electrical and electronic waste from consumers. Most importers are aware that they are in breach of the directive’s provisions. They feel, however, that they cannot honour their obligations unless the government reviews the eco-contribution regime as, otherwise, they will end up paying twice for the same responsibilities: a payment through eco-contribution and another one through financing the take-back.

There is also a need for legislation regulating noise pollution. EU legislation on the matter (the environmental noise directive) deals only with traffic/transport-generated noise and substantial parts of it are not applicable to Malta. As the EU does not deal sufficiently with the matter, Malta has to date considered it safe to conveniently ignore the need for noise pollution legislation completely. In a densely populated community this issue is of the utmost importance, yet, successive governments have not been bothered.

These examples (water, waste, noise) just scratch the surface of the deficiencies of the environmental set-up, an area which has been continuously muzzled, sidelined, ignored and deprived of resources. It is this attitude which has to change.