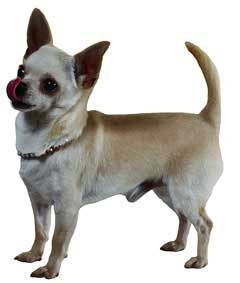 During the Cancún Climate Summit Bolivian President Evo Morales emphasised that “nature has rights”. He insisted on a 1°C rise above the pre-industrial-age temperature as the maximum permissible.

Stripped of his trademark anti-US remarks the Morales input at Cancún would not have led to any radically different conclusions at the summit. Who can dispute his declaration in favour of families already deprived of water because of drought, or islanders facing the loss of their homes and possessions as a result of rising sea levels? His plea was one to buttress arguments in favour of mandatory reductions in greenhouse gas emissions. Realistically, however, there was never a chance of this being accepted.

Participants at Cancún opted instead for declarations which though very important as a political statement served to postpone decisions to the Durban Climate Summit towards the end of this year. It is this postponement which led to the Morales outburst equating lack of definite action with “ecocide which is equivalent to genocide because this would be an affront to mankind as a whole”.

Cancún went one step further from the declarations of the past. Agreement in principle was reached on the need for inspections in order to account for commitments made. As to who will eventually carry out the monitoring, reporting and verification this is still to be determined. Maybe this will be concluded at Durban later this year on the basis of the agreement in principle sealed at Cancún.

Climate change diplomacy is moving although at a very slow pace.

In the words of BBC Cancún correspondent Richard Black one can compare the 2009 Copenhagen summit to a Great Dane which whimpered while the Cancún 2010 summit can be compared to a chihuahua which roared. Much was expected from Copenhagen but little tangible results were achieved. On the other hand while there were no great expectations from the Cancún summit, foundations for a comprehensive settlement in the future were laid. Whether this will be achieved at Durban or possibly later is still to be seen.

At Cancún pledges by countries to reduce their greenhouse gas emissions were formalised. Developing countries for the first time agreed to look into possible cuts in their own emissions. They made no formal pledges yet they moved one step forward towards a more reasonable application of the “common but differentiated responsibility” principle in climate change diplomacy.

Countries represented at Cancún gave formal backing to the UN’s deforestation scheme REDD (Reduced Emissions from Deforestation and Degradation). As a result of REDD rich countries will pay poor countries not to chop down forests on their territory. This will compensate them for their lost income and further encourage the production and use of sustainable timber. The developed countries will thus be paying for protecting biodiversity as well as for the service which forests are rendering as carbon sinks. Details of the REDD scheme have still to be worked out. Maybe by the Durban Climate Summit these will be settled.

Small island states and coastal areas are already feeling the impacts of climate change: millions reside and earn their livelihood in such areas. If temperature rises are not contained within the said 1.5°C increase these millions risk becoming climate change refugees.

Drought has been playing havoc with the lives of various African nations resulting in escalating tribal conflicts which have displaced millions of human beings. In Malta we have direct experience of this through the boat refugees departing from Libyan shores, a number of whom end up in Malta.

Depending on the actual rise above pre-industrial temperatures, current projections indicate that in the long term more than one billion human beings could face losing their homes and possessions in islands and coastal areas as a result of sea level rise. Millions more will be displaced as a result of the impacts of changing weather patterns. Availability of water will change as a result of a varying frequency and intensity of rainfall. As a result this will impact agriculture, sanitation and the quality of life in the areas affected.

Mr Morales is right. Nature has rights. It will strike back in defence of these rights if current greenhouse gas emissions are not reduced substantially. Maybe the roaring chihuahua will alert policy makers around the globe that there is no alternative to substantial reductions across the board.