L-opinjoni tal-Kummissjoni Venezja teżamina diversi materji. Hi intitolata “Malta: Opinion on Constitutional Arrangements and Separation of Powers and the Independence of the Judiciary and Law Enforcement.”

Reading between the lines of the Council of Europe Venice Commission’s opinion on Malta, one basic preoccupation sticks out: is Malta a parliamentary democracy? Perusal of the opinion, released earlier this week, leads to one logical conclusion: parliamentary democracy in Malta is practically nonexistent. Democratic centralism reigns supreme, with the Cabinet dictating to Parliament. What on paper is the “highest institution in the land” is in fact a vassal of Cabinet.

Is it not about time that Parliament takes control? This is the crux of the matter which needs to be addressed by a major constitutional overhaul.

The Venice Commission’s opinion is wide-ranging. It is in fact entitled “Malta: Opinion on Constitutional Arrangements and Separation of Powers and the Independence of the Judiciary and Law Enforcement.”

There is nothing new to Maltese Greens in all this. Going through Green election manifestos, statements and articles throughout the years clearly shows that most of the points raised by the Venice Commission’s opinion have been repeatedly addressed by Alternattiva Demokratika-The Green Party. Yet these green proposals have been ignored time and time again as the alternating ruling political classes have continuously manifested a glaring lack of good will to embrace change and remove the vestiges of colonial rule which are still entrenched in Malta’s constitutional and legal setup.

The “winner takes all” mentality has yet to give way to one where all sectors of society are involved in decision-taking and where, in particular, Parliament is not subservient to the tenant at the Auberge de Castille, but is capable of holding Cabinet on a leash.

It is, in my opinion, incorrect to state that democracy in Malta is practiced on the basis of a Westminister model. It is rather a Colonial Office model camouflaged in modern constitutional clothing: a governor in prim-ministerial clothing. The basic problem lies in the fact that Malta’s Parliament has been castrated by the PNPL. It is an ineffective Parliament, as there is no political will to hold any government to account: neither the present nor any previous other.

The Venice Commission’s opinion goes to the heart of the matter when it points out two fundamental issues that need to be addressed.

The basic constitutional deficiency in Malta is an all-powerful Prime Minister who has constitutionally inherited all the powers exercised by the colonial governors, many times without parliamentary oversight. This makes a mockery of our so-called parliamentary-democracy and is the source and cause of all the problems addressed by the Venice Commission opinion.

The second basic problem is a never-ending supply of servile Members of Parliament who look forward to the sinecures distributed by the Prime Minister to all (government) backbenchers, thereby ensuring that all or most of them are at his beck and call. They are thus kept busy and have no time to ask questions and demanding answers, thereby holding the executive to account.

These problems have not been created by Joseph Muscat. They have, however, been specifically designed by his predecessors in office, red and blue, and tweaked over the years to ensure that at no point would it be possible for anyone to upset the applecart. The few exceptions prove the rule.

The latest adjustments to the system were made by a Labour-controlled Parliament after the 2013 elections as a result of the amendments to various laws making it possible to assign various responsibilities, against substantial payments, to practically all Labour parliamentary backbenchers. This ensures that they each and every government backbencher is not in a position to call the government to account as they all have a finger in the pie!

Lawrence Gonzi had also practised the above, while Joseph Muscat perfected the system.

The Venice Commission opinion speaks on various other important topics. In my humble opinion, at the end of the day it only boils down to one point: Parliament should take full control: it should construct a real parliamentary democracy and hold the tenant at the Auberge de Castille and his associates to account, continuously. All the rest will necessarily follow.

published in The Malta Independent on Sunday: 23 December 2018 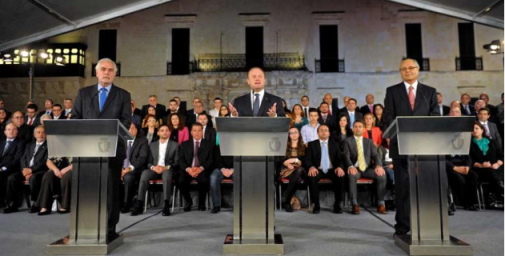 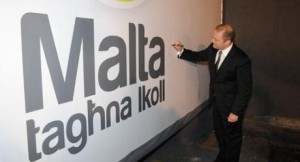