The US embassy was built some 9 years ago on a large tract of land at Ta’ Qali purchased from the Maltese Government for €14.6 million. The footprint of the Ta’ Qali Embassy is slightly over 4 hectares in size.

Earlier this week a development permit for a new Chinese Embassy at Pembroke, covering an area of around 2 hectares, was approved by the Planning Authority. The Chinese Embassy compound will be half the size of the US embassy complex but it still has quite a substantial footprint. The land to be developed as a Chinese Embassy was purchased from the Maltese Government for €7,880,000.

Why have these foreign governments been permitted to develop their embassies on such large tracts of land? If they really need space, would it not have been much more helpful if they were advised to restore some old, possibly historic building, as a result giving back something to Maltese society?

How long will it take before some other request for the development of another enormous embassy complex is made? From the Russian Federation maybe?

Does the debate on the American University in Malta not ring a bell? Have we not learnt anything from that public debate as a result of which the only functioning campus is at the former Malta Drydocks? The historic properties on that site, namely the seventeenth century Knights’ Building and the nineteenth century British naval workshops have been restored and given a new use. This has resulted in a net environmental gain, in the process protecting land at Marsaskala from development: a portion of our countryside was saved from ruin.

We will never have an honest reply to the basic question as to what all this space in the village size embassies is needed for. In addition to basic consular work and the development of relations with the business and local community these village size embassies are also inevitably an eavesdropping focus for intelligence gathering in the Mediterranean region.

Some tend to describe both the United States and the Republic of China as being very good friends of Malta. In reality it is a well-established foreign policy principle that countries do not have friends: they have interests. Diplomatic relations serve to further these interests.

Malta’s central location in the Mediterranean makes it ideal as a monitoring post and that is undoubtedly one of the basic interests for such large embassies. Ensuring that this interest is well catered for in Malta is a priority for both the United States of America and the Republic of China.

The recent debate on the Status of Forces Agreement (SOFA) relative to US Forces is indicative. Only the naïve would have failed to note the unofficial comments flying around in order to understand what was going on around the negotiating tables.

In larger countries it may make sense to have large embassies. However, in Malta we could definitely do without them. In a small country such as ours, they are definitely not required to improve the relations with the United States, China or any other country.

The Embassy of the United States of America has now been built and it has been operational for the past nine years. The Chinese embassy is however still on plan. Even if it has just been approved the Chinese Ambassador could still give the matter some further thought and consider the possible rehabilitation of some old building or buildings, possibly historical ones, instead of his massive embassy, the size of a small village!

Possibly that could turn the problem of the location and land uptake of the proposed embassy on its head and develop it into a unique opportunity.

It is never too late Mr Ambassador to take note.

published on The Malta Independent on Sunday: 1 November 2020 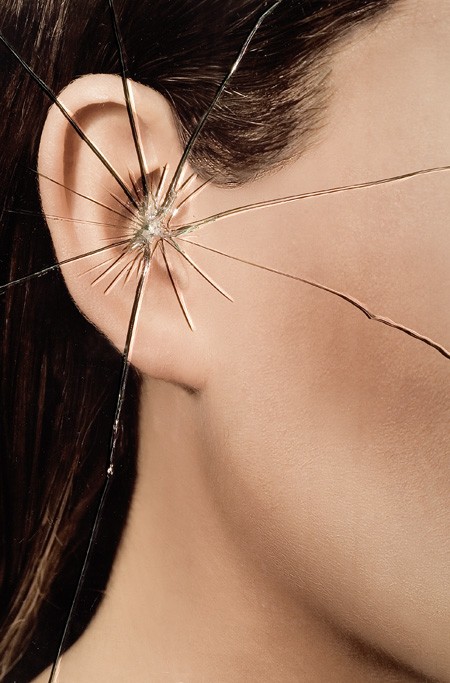 The Noise White Paper, just published for public consultation, identifies the need to coordinate the existing fragmented administrative structures as its first target. This is being done in the belief that it will eventually lead to a smoothening out of administrative inconsistencies. Better coordination could also ensure that, in the long term, issues in respect of which the authorities have, to date, been reluctant to act upon can be addressed in an appropriate manner. Hopefully.

The White Paper deals with the abatement of neighbourhood noise. Its reach should have been much wider. It postpones dealing with the noise generated by fireworks and village feasts to some future date. Cultural aspects and tradition are reasons used to justify this postponement. In reality, the government at this time cannot withstand the anticipated reaction of the fireworks lobby, which has yet to come to terms with restrictions based on safety as is evidenced by reactions to the findings and recommendations of the November 2011 inquiry report on accidents in fireworks factories. Clearly, the government considers that now is not the time to regulate excessive fireworks noise. On the eve of a general election, votes are considered to be a more important consideration.

We have been informed (correctly) that the EU Environmental Noise Directive is not applicable to our airport because the traffic it handles is below the established threshold.

The White Paper does not address the issue of noise generated by aircraft approaching or taking off from Malta’s only airport when flying over residential areas. In particular, the impact of approaching aircraft on Birżebbuġa’s residential area at all times of the day (including during the night) comes to mind.

Now, to be fair, one must state that the airport cannot be transferred to any other site. The flight paths leading to the airport are fixed and their use is determined by the prevalent winds. Malta needs its only airport to be operational. Yet, its operation must be such that it does not cause unnecessary hardship to residential areas along the approaches to and around the airport.

This leaves only one option: regulating the airport’s operating times to restrict aircraft movements during the silent hours as is done at Heathrow, Brussels and Fiumicinio, to mention three airports with which readers are familiar.

The airport authorities need to encourage the use of less noisy aircraft through the determination of differentiated aircraft landing charges dependent on the noise generated by the aircraft. It is about time that the airport authorities start respecting the surrounding communities. This is a missing but essential element of the airport’s sustainable development strategy.

The Noise White Paper draws up a list of those authorities that are empowered to regulate some aspect of noise control. One would expect that the police, the Malta Tourism Authority, the health authorities and the Malta Environment and Planning Authority coordinated by the Noise Control Board to now be in a better position to ensure that commercial outlets (particularly those in a mixed use area) are no longer a nuisance to residents in the vicinity.

It should also be less problematic to deal with nuisance caused by air conditioners fixed in the most awkward places.

But noise does not only impact the health of human beings. It also has a health impact on flora and fauna. This is partly regulated through the Habitats Directive of the EU, which is an integral part of Maltese law.

It is positive that the Noise White Paper recognises this and emphasises the need to ensure its implementation. This should now place more onus on Mepa to ascertain that open-air activities generating excessive noise are immediately brought to order. Examples that come to mind are open air discos at Buskett, Paradise Bay and Ta’ Qali. The first two impact biodiversity in Natura 2000 sites and the last is too close to residential areas, particularly Attard. The aborted Mistra “Spin Valley Disco”, which the Nationalist Party and its stooges at Mepa defended before the 2008 election, would also fall foul of these provisions as it was sited right in the middle of a special area of conservation.

Excessive noise also has a damaging impact on the welfare of animals, both farm animals and pets. The impact of noise on farms and agriculture is completely ignored by the White Paper.

Fireworks regulations, for example, are only concerned with residential areas and the distances to be observed from areas that serve as a residence for more than 100 humans.

It is up to the minister in question to decide whether to prefer the fireworks at the expense of negative impacts on animal husbandry. He may not worry unnecessarily as animals do not vote!

While the White Paper on Noise Prevention is welcome, it barely scratches the surface. We need to go deeper and tackle areas ignored by the White Paper because noise pollution is an issue that has been neglected for far too long.

on the same subject on this blog :