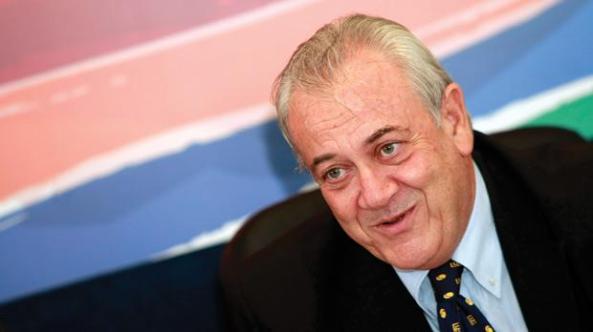 Last June The Times informed us that Justice Minister Chris Said had called on the Commission for the Administration of Justice to investigate Mr Justice Lino Farrugia Sacco in view of reports carried in London’s Times on the Olympics ticketing scam.

Mr Justice Farrugia Sacco had stated that there was no wrong-doing at his end. In fact he had informed The Times that: “We would never go against the rules of the International Olympic Committee ( IOC). It’s not worth it.”

On the 22 June 2012 The Times had informed its readers that His Excellency President George Abela would abstain from presiding over the investigation requested by the Justice Minister as in the past he (Abela) had represented Mr Justice Farrugia Sacco as legal counsel. The investigation consequently was to be led by the Vice President  of the Commission, the Chief Justice Dr Silvio Camilleri.

No one knows anything else about the investigation requested by Justice Minister Chris Said.

I have accessed the website of the International Olympics Committee which reported that on the 5th December 2012 the Executive Committee of the IOC considered and approved “the Ethics Commission proposed recommendations, which were based on a thorough analysis of the evidence provided by the Sunday Times and several hearings.”

The report of the Ethics Committee of the IOC makes interesting reading.

Paragraph 17 of the IOC Ethics Committee Report states the following :

“With regard to the NOC [National Olympic Committee] of Malta,

a) Mr Lino Farrugia, President of the Maltese NOC:

After taking cognisance of all the evidence and his observations, the Commission observes that, by agreeing to take part, with the NOC Secretary General, in a discussion concerning the ATR contract for the Games in Sochi, when it was apparent that his interlocutors seemed to be looking for ways to circumvent the official mechanism, Mr Farrugia allowed the journalists to prove their point.

b) Mr Joe Cassar, Secretary General of the Maltese NOC:

After taking cognisance of all the evidence and his observations, the Commission observes that, by agreeing to discuss the ATR contract for the Games in Sochi when his interlocutors were clearly looking for ways to circumvent the official mechanism and knowing that some of the tickets could be sold in the Middle East; and finally by explaining which means could be used to get around the mechanism, Mr Joe Cassar helped to prove the point being made by the journalists, namely that the sports world and those who work with it are prepared to violate the rules. As a result, Mr Joe Cassar helped the reputation of the Olympic Movement to be tarnished.”

The IOC Ethics Committee concluded by giving its opinion which was unanimously approved: either the local Olympic Committees take action against the named officals who have tarnished the reputation of the Olympic Movement, or else :

“The Commission is further of the view that, in the absence of appropriate action by the NOCs or the individuals concerned, the IOC Executive Board has the authority to take the appropriate administrative measures, particularly with regard to issuing accreditations for the various IOC organized events such as the Olympic Games, the Youth Olympic Games, Sessions and other IOC meetings.”

In view of the above it is clear that the matter is not just an internal matter for the Malta Olympic Committee. It may well involve non-participation of maltese sportsman and women in Olympic activities.

I have no hope that Parliament will act by impeaching Mr Justice Farrugia Sacco, even if that is what he deserves.

What will happen now is anybody’s guess. Will the sports organisations stand up to be counted?

The International Olympic Movement is worried because its reputation has been tarnished. Unfortunately it seems that no one is worried in Malta. No one seems to care that Malta’s reputation is being severely tarnished. It gets worse.

The silence of the authorities is deafening. It defines the ethical standards of public officials!