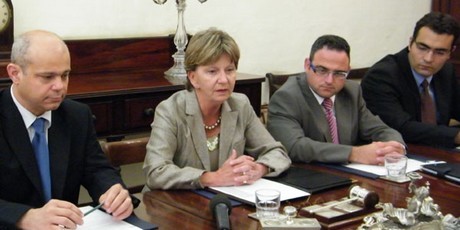 Helga Ellul, retiring Brandstatter CEO in Malta  was interviewed by the Sunday Times on December 23, 2012. The last part of the interview was as follows:

How did the uncertainty on the election and the slim majority in Parliament impact business?

The problem is that in Malta with just two political parties it is always a close run and this makes it very difficult for whoever wins to govern.

Whereas in other countries we have more parties and coalition governments and different constellations, in Malta it is so close knit that if it is not a clear majority than it will be very difficult to govern.

The perception is that coalition governments will bring more instability.

In Germany we do have that (instability) but it is not all negative because a party has to come out with a proper programme and then change according to the coalition, which may not be the worst of it. Coalitions would encourage parties to look at the overall picture and adjust accordingly.