Over the years government Ministers, in Malta and elsewhere, have emphasised that issues of citizenship and passports are a national reserved matter, within the European Union.  They are right, but, only to a certain extent. The principle of loyalty in the EU treaties underpins the functioning of the individual member states within the Union. Even the national competencies have to be implemented with this principle in mind.

No one contests that nationality issues are a national competence. They should remain so. There is however much more than state competence at stake. Article 4.3 of the Treaty on the European Union explain this as the principle of sincere cooperation, at times referred to as the loyalty principle: loyalty, that is, towards the other European member states.

Recently, the Robert Abela administration has sought to reform the process of acquiring citizenship by investment. The original rules were overhauled. The IIP (Individual Investor Programme) was replaced by a residency scheme which could, eventually lead to acquiring citizenship. The EU was informed of all this and Parliamentary Secretary Alex Muscat, responsible for citizenship has indicated that there has been no feedback on the matter from the EU Commission.

The EU Parliament will discuss the matter in plenary next month. The draft report which, with a multitude of amendments proposed, will be considered, emphasises among other matters that such Citizenship by Investment (CBI) “schemes tend to be located in Member States that are particularly prone to risks related to financial secrecy, such as tax avoidance and money laundering, and corruption.”

Among the new Maltese citizens by investment, one finds: Anatoly Hurgin, charged with fraud, smuggling and money laundering in the US and Israel, Liu Zhongtian, an aluminium billionaire indicted in the US on avoidance of €2 billion in American tariffs, Boris Mints, a billionaire facing fraud charges in the UK, Pavel Melnikov, another billionaire under investigation in Finland for money laundering and tax fraud and Mustafa Abdel-Wadood who pleaded guilty to conspiracy and fraud charges in the United States. These have been identified by the Maltese press. I would not exclude that there are more of them as such schemes are a natural attraction to them. So far they have avoided the radar of public scrutiny.

Quite a collection! All of them were okayed by Malta’s “rigorous due diligence”!

In view of the above, Bernard Grech’s postering through his refusal to engage in consultation on the appointment of a new regulator for golden citizenship sends a wrong message. A regulator acceptable to Bernard Grech will not make the citizenship by investment scheme any better.

The golden passport scheme, irrespective of the tinkering with the rules carried out, is unacceptable in principle. EU citizenship, says the EU Parliament report currently under consideration “is not a commodity that can be marketed or sold and has never been conceived as such by the Treaties.”

The money justifies it, says Bernard Grech, if only it were more transparent. It is the same attitude which the PN-led government built into our taxation system, when it introduced measures encouraging tax avoidance.

The golden passport scheme coupled with the continuous abuse of Malta’s tax sovereignty through offering substantial tax discounts to foreign commercial entities, encouraging tax avoidance, are part of the reasons which have led to Malta’s grey-listing. During the last months, Malta’s Finance Minister has finally capitulated and he is now steering the country towards the acceptance of a harmonised minimum tax rate.

Greens have been advocating this course of action for ages. Unfortunately, we can hold our heads high and state: we told you so! The golden passport scheme should be next for the chop. We do not need foreign institutions to tell us what is right or wrong. We can do it ourselves.

Only members of parliament elected from the list of ADPD candidates can ensure that the required overhaul is carried out. Bernard Grech and his PN cannot be the solution. They are part of the problem.

published on The Malta Independent on Sunday : 20 February 2022 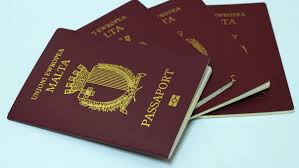 The Prime Minister has a generational transformation in sight which he wants to bankroll with the monies generated by his sale of citizenship scheme. His supporters see traitors everywhere as they cannot stomach any form of criticism.

Does any EU member state have the right to introduce and implement a sale of citizenship scheme?  Government spokesmen have repeatedly stated that the Malta Government has been advised that it is in line with EU legislation. In line with the subsidiarity principle, nationality issues, we were told, are the sole and exclusive competence of EU member states.

No one is contesting that nationality issues are a national competence. In fact even Commissioner Viviene Reding made this amply clear. There is however much more to it than state competence. There is the duty to be loyal to the Union and other member states. Article 4.3 of the European Union Treaty explains this as the principle of sincere cooperation, also referred to as the loyalty principle: loyalty, that is, towards the other European Union member states.

Government has opted to milk citizenship in order to generate finance so as to be in a position to implement its electoral programme. It has excluded taxation as an option. Moreover it has reduced income tax as part of its electoral strategy in order to outwit the former government, knowing full well that this necessitated alternative financial avenues. Never did it place its plans to put citizenship on sale before the electorate for its consideration. Ethically the Labour Party cannot claim to have an electoral mandate on the matter.

The local political debate has revealed diametrically opposed positions. Government’s position is dictated by its strategy of requiring cash in order to finance its political initiatives. Time is of essence in its strategy. It cannot afford to wait for would-be investors to take initiatives of their choice. There is no direct link between the prospective citizen and the manner in which the monies he pays are “invested”. It is in fact an exercise of selling citizenship with a commitment to use the proceeds in a specific manner. The funds generated are hypothecated. A residential criterion has so far been ruled out, most probably,  as this would only serve as a delaying factor. It would delay the flow of the monies required depending on how long the residential criterion runs.

“While I am not calling for the Commission to receive legal power to determine what constitutes nationality or the rules granting it, the Commission nevertheless expects that Member States act in full awareness of the consequences of their decisions.

Our debate today shows the growing importance of these questions in a European Union where national decisions are in many instances not neutral vis-à-vis other Member States and the EU as a whole. It is a fact that the principle of sincere cooperation, which is inscribed in the EU Treaties (Article 4.3 of the Treaty on European Union), should lead Member States to take account of the impact of decisions in the field of nationality on other Member States and the Union as a whole.”

Clearly the competence of member states on issues of citizenship is not absolute. Given its impacts on all the other members of the Union in areas of national security, freedom of movement in the Schengen Area, rights to residence and employment, it stands to reason that both the EU as well as member states require consultation which apparently was not carried out.

The capping of the citizenship scheme at 1,800 passports for sale is certainly not enough. A residential condition of reasonable length is also  required as an additional and essential element. This would however be a sticking point as whilst it could render the proposed scheme less un-acceptable and in line with some of the practices elsewhere, it may fail to deliver what the Maltese Government requires on time.

It is with this in mind that the Greens in Malta have time and again called on Government to suspend the implementation of the scheme and concurrently to initiate a dialogue with Brussels. The problem at an EU level may eventually be resolved around the negotiating table. This would result in less reputational damage for Malta. A meeting called between the EU Commision and the Malta Government seems to be imminent. Hopefully matters will take a positive turn.

That would leave the political issue to be solved locally, either in Parliament or at the ballot box through a public consultation. The Prime Minister has already indicated that he is willing to submit the issue to a national consultation.  It is the decent way forward, part of our learning curve as a nation.

published in The Times of Malta, Saturday January 25, 2014 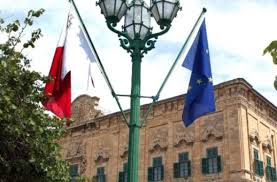 “While I am not calling for the Commission to receive legal power to determine what constitutes nationality or the rules granting it, the Commission nevertheless expects that Member States act in full awareness of the consequences of their decisions.

Our debate today shows the growing importance of these questions in a European Union where national decisions are in many instances not neutral vis-à-vis other Member States and the EU as a whole. It is a fact that the principle of sincere cooperation, which is inscribed in the EU Treaties (Article 4.3 of the Treaty on European Union), should lead Member States to take account of the impact of decisions in the field of nationality on other Member States and the Union as a whole.” 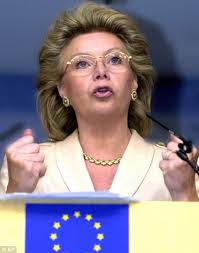 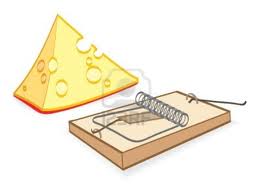 The issue of citizenship has been rightly described as being one of the areas which are reserved for the member states of the European Union. It logically follows that Malta (and every other European state) has the right to act. This line of thought is also reinforced by the principle of subsidiarity.

No one contests this except that it is not the end of the story.

Viviane Reding, EU Justice Commissioner has placed the matter in its proper perspective by pointing out that EU member states are also bound by the principle of sincere cooperation enshrined in article 4.3 of the Treaty of the European Union. This principle is also known as the loyalty principle.

In the Citizenship debate Malta is apparently entrapped between the subsidiarity principle and the loyalty principle. The former gives it the right to act. The latter points towards the duty to cooperate.

This is the warning announced loud and clear yesterday by EU Justice Commissioner Viviane Reding in the European Parliament.

Its about time that Prime Minister Joseph Muscat realizes the extent of the mess created. Time to start thinking Joe!