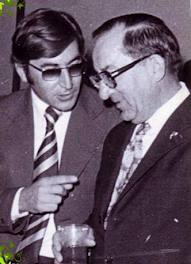 On Monday 29 September at 2.30pm Karmenu Vella, Malta’s nominee to the Juncker led EU Commission will meet with Members of the European Parliament who sit on the Parliamentary Committees dealing with the Environment, Fisheries and Maritime Affairs. They will listen to his introductory views on the responsibilities which he has been assigned and subsequently they will ask questions.

For three hours they will listen to his answers after which they will decide whether in their opinion he is suitable for the post to which he has been nominated, that is as EU Commissioner for the Environment, Maritime Affairs and Fisheries.

The MEPs will be interested to hear Karmenu Vella explain as to how he will go about with the proposed revision and possible consolidation of the Birds Directive and the Habitats Directives which matter he was specifically instructed by Commission President-elect Jean-Claude Juncker to take in hand. These views are especially significant in view of the quasi unconditional support which the Labour Party in Malta gives to hunters and trappers. The European Voice on Monday 22 September paraphrased it very accurately when it stated that: the matter “is particularly sensitive because Malta has been in repeated and continued violation of these laws because of bird hunting.” Will Karmenu Vella, for example, in view of the Labour’s experiences in Malta seek to sanction spring hunting within the rest of the EU? MEPs will undoubtedly be very eager to learn about what possiblies lies ahead if EU Environmental governance is dependent on Karmenu Vella!

In the letter of appointment Jean-Claude Juncker identified 5 clear targets which Karmenu Vella has to attain, namely:

MEPs would be very much interested as to what is in store as a result of environmental deregulation. Which legislative instruments will be targeted? How will Karmenu Vella in his role as Commissioner  seek to ensure that the protection which the EU has to date afforded to both man and the eco-system is not dismantled but rather reinforced?

The European Chemicals Agency which deals with the implementation of the REACH Directive has been removed from the Environment portfolio and transferred to the portfolio dealing with Enterprise. This is not a matter which Karmenu Vella has to answer for but it is indicative as to the forces at play on Juncker’s table. The REACH Directive is not considered as an environmental matter by Jean-Claude Juncker. In his opinion it has to be administered primarily in the interests of enterprise, that is of business and industry.

Committees of the European Parliament will by now have digested the experiences of former European Commissioner John Dalli. As a result they would be more than interested about Karmenu Vella’s contacts with the business world, about his thoughts on lobbying as well as what he think’s transparency is all about.

A report published by the Corporate Europe Observatory earlier this month is entitled: Do not bet on the commissioner: the case of Karmenu Vella of Malta.  Since this report emphasises that Karmenu Vella “is not suitable to be a commissioner” the members of the Committees of the European Parliament would undoubtedly wish to hear from Karmenu Vella as to why, in his opinion they should arrive at a different conclusion. 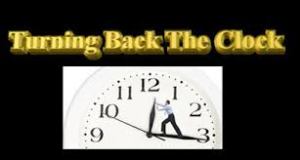