Tourism has been among the hardest hit sectors of the economy as a result of the Covid-19 crisis. This applies more so to mass tourism which still constitutes an important sector on which Malta’s tourism industry is dependent. Julia Farrugia-Portelli, Minister for Tourism, (together with Tourism Ministers from Italy, Cyprus, Spain, France, Portugal, Greece, Romania and Bulgaria) in an online meeting earlier this week advocated the creation of safe corridors, desperately seeking to create a return to normal in a Covid-19 free zone.

Unfortunately, at least in the short term, we have to live with a virus that has overturned ordinary life. The path back to normalcy will take a very long time even though it is clear that the extraordinary restrictions currently enforced cannot go on indefinitely, notwithstanding that today they are clearly a necessity.

The partial lockdown in operation in the Maltese islands for the past weeks has been effective in addressing public health concerns. As a result, in Malta, the spread of the virus has been contained and adequately managed as is evidenced by the daily briefings of the Superintendent of Public Health.

Tourism is however on its knees. It has been practically wiped out, temporarily, everywhere across the globe.

Within the European Union tourism accounts for close to 27 million jobs and around 10 per cent of GDP. In Malta, as well as in other neighbouring Southern European countries, tourism makes a larger contribution to the GDP. The web of dependence of the economy on tourism is larger. The pain is consequently larger and the expected time for recovery will be much longer.

Will we return to normal? Certainly not in the short term. It is even doubtful whether such a return to the “known normal” is achievable in the long term. Definitely any recovery will not occur overnight.

Earlier this week EU Tourism Ministers discussed whether initiatives should be taken to encourage internal tourism within the EU itself through some sort of health passports between areas within the EU which are Covid-19 free. As long as keeping a social distance rule remains in force this is not a realistic option, at least for the foreseeable future, certainly not for a number of months.

Unfortunately, travel in general and tourism in particular has the potential of being the perfect vehicle for the spreading of the pandemic just as trade, in the past, served to spread other pandemics across the globe. Keeping this in mind, most probably tourism would be the last economic activity to be reactivated once Covid-19 is sufficiently under control, at least on the European mainland.

It is understandable that the Ministry for Tourism seeks an early scaling down of the restrictions on travel and consequently on the sectors servicing the tourism industry. It has however to be underlined that this is not realistic to achieve in the short term. It is also dubious as to what lies in store in the long term.

The economy of the greater extent of Southern Europe, and in particular that of Mediterranean countries, is reliant on tourism primarily through providing reasonably priced holidays, not just during the summer months, for citizens of Northern and Central Europe within an EU single market. Low-cost flights throughout the European area further adds to this web of dependence.

Even though in this context it is difficult to plan ahead, one thing is certain: the future is as yet undefined and tourism will never be the same. Recovery will be as painful as the waiting time. Tourism is definitely on its knees.

Published in The Malta Independent on Sunday : 3 May 2020 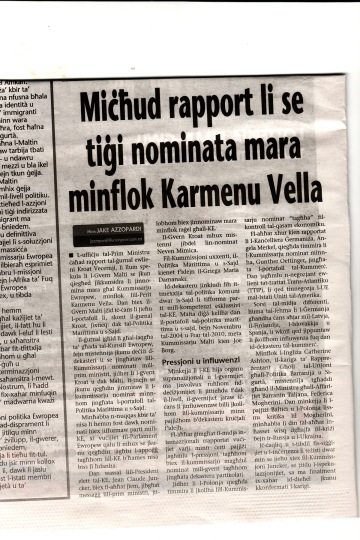 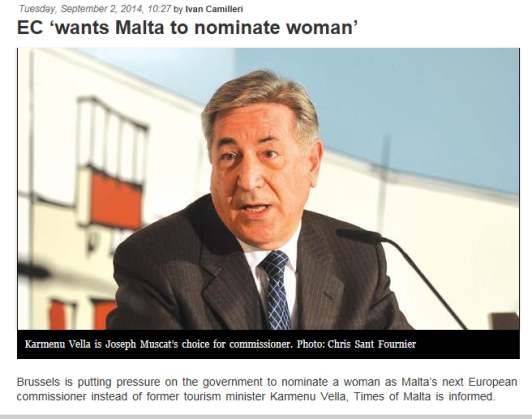 During his lifetime Dom Mintoff  elicited extreme reactions ranging from adulation to extreme spite. Some lit candles in front of his images. In contrast others insisted  for his metaphoric crucifixion during the 1980s mass meetings.

The man certainly had a vision.  As he himself stated one of his priorities was the removal of those cobwebs in which Maltese society was entrapped. Removing these cobwebs finely spun and protected for years on end by conservatives was no mean feat. It is still work in progress.  It certainly required the skills and the stamina of a bulldozer which Dom did not lack.

Unfortunately at times his skills were misapplied. Those same bullying skills which were appropriately applied when confronting the colonising power were certainly out of place when applied against the Maltese population, at least that part of the population which disagreed with his ideas and methods.

Those hovering around him were at times more focused on their interests than on ensuring that he was properly  advised. This certainly showed as the better elements left the ranks of his party. Some went quietly, others with a bang. It is not appropriate at this point to quote chapter and verse. It has been done elsewhere. It is however not appropriate to just sing the praises of the man. He must be remembered in his human form, warts and all.

The man found comfort in the company of dictators. In fact he was a frequent visitor to their courts. His friends included Muammar Gaddafi, Nikolai Caucescu, Todor Zhivkov, Kim Il Sung. He was certainly inspired by Gamal Nasser’s Arabic Nationalism  which coincided with his first term as Prime Minister and his resignation in 1958.

The man’s legacy will be determined in the long term when the impact of his negative methods will have subsided. Then history will acknowledge Dom’s contribution to the formation of Malta’s identity as well as to the acceptance of social solidarity as an essential objective of good politics.

On this blog you can read the following additional posts on Dom MINTOFF :