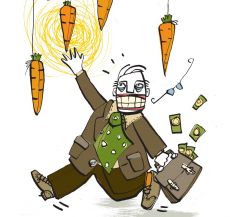 The Government and the Social Partners should show more determination in their fight against precarious employment. This type of work is on the increase among different categories of workers with different skills, experience and qualifications, such as with the increase of definite contract work as well as with the increase of workers registered as self-employed but who would be selling their services to one contractor such as the Government or the owner of a business. The Government should ensure that its contracts are not based on precarious employment. 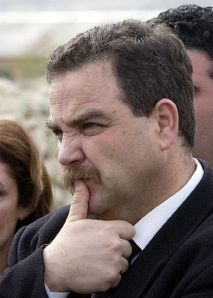 From The Times (London)

by Roger Boyes in Berlin

The Stasi secret police may have died with communism but its surveillance methods are still alive at Lidl, the German supermarket chain.

George Orwell’s Big Brother, it seems, stalks the aisles between the cornflakes and the canned dogfood. Detectives hired by Lidl – which has more than 7,000 stores worldwide, including 450 in Britain – have been monitoring romance at the cash till, visits to the lavatory and the money problems of shelf-stackers.

Several hundred pages of surveillance records have been passed on to Stern magazine, causing outrage among the unions and data protection officials. Verdi, the powerful service sector union, is offering legal help to Lidl workers who want to sue the company for invasion of privacy.

The secret monitoring of staff seems to have taken place only in Germany, though there have been reports of something similar from Lidl outlets in Eastern Europe. Lidl UK declined to comment yesterday. In Britain Lidl has gained the reputation of being a sharp competitor to chains such as Tesco and Sainsbury but staff have complained in the past of long hours and low wages. Lidl Germany says that the cameras were placed “to secure our goods against shoplifting and not to watch our employees”. Even so, spokeswoman Petra Trabert said that the surveillance helped to “establish any possible wrong behaviour.”

Detectives hired by Lidl in Germany would install ten covert matchbox-sized cameras at strategic points in a supermarket every Monday and observe the store for a week. What emerges from the mass of accumulated material is a portrait of an intrusive employer; no information is too trivial for the watchers.

Here is Observation period 9-14 July, 2007 at a branch near Hanover: “Saturday 10.10am Ms J tells Ms L that she has never paid her television license fees because she is still registered with her parents, even though she lives with her boyfriend. The detective’s end-of-week advice to management is that Ms J is a security risk.”

Ms J’s days with Lidl, one suspects, could be numbered. But a Lidl spokeswoman told Stern: “All the people named in the transcripts are still employed with Lidl with the exception of five workers. Two were released after the end of their probation period, another three offered to resign.”

Little escapes Lidl. Above all there is a fascination with lavatory behaviour. “Ms R has been leaving the till to go to the toilet every 15 minutes, despite waiting customers,” says one report.

Watching two staff at a cash till in northern Germany, detectives spotted a budding romance. “Friday 13.50. The relationship between Ms L and Mr H should be investigated since they seem to have become close. When Mr H counted up Ms L’s takings he drew a little heart on the receipt.”

Among the crates of cheap German beer at Lidl’s Brixton branch, there would be plenty of places to hide cameras. The store’s deputy manager, who declined to be named, told The Times that he had no knowledge of any covert surveillance in his branch. He said that the rows of roof-mounted cameras are there only for security.

For Peter Schaar, the government ombudsman for data protection, the Lidl revelations are deeply disturbing. Federal data protection law, he says, is strict about surveillance in public spaces such as supermarkets. Hidden cameras like those used by the Stasi are banned. “They count as clandestine surveillance which is forbidden.”