Planning application with reference number PA 11067/17 for the development of a new McDonalds outlet on the outskirts of Żabbar is one of the latest attempts to nibble at our ODZ land. As readers are aware, the letters “ODZ” stand for Outside the Development Zone, meaning that the land in question should ideally not be developed at all.

However, the site selected for the possible development of the McDonalds fast food chain outlet lies in an area that has been slowly developed over the years. When the Local Plans were finalised 12 years ago, the site at Salvu Pulis Street in Żabbar and the surrounding development were defined as an ODZ (rural) settlement: meaning that it was an existing residential development outside the development zone that was to be contained and not allowed to spread any further.

Beyond the technical jargon, ODZ land should remain outside the development zone. The Local Plans have been supplemented by a myriad of additional policies and guidelines which unfortunately, but clearly intentionally, create so many policy contrasts and conflicts that it would not be amiss to conclude that practically anything can be justified on the basis of existing policy.

Having a McDonalds outlet in the chosen site at Żabbar is not compatible with the residential nature of the area, but I would not be surprised at all if another planning somersault of Olympic proportions leads to the approval of this application. The problem with most of the decision-takers at the Planning Authority is that they have little, if any, planning or environmental sense. This insensitivity is contributing to the slow and painful death of our countryside as well as that of our small settlements.

Just go slowly through the list of cases which have made it to the front pages of our newspapers and you will get a good idea of what has slowly but surely led to the current state of affairs. The basic problem is the men and women selected to be the decision-makers. The present ones are not much different from the previous ones: (although with some exceptions) generally they are useless. Some of them occasionally try to be reasonable.

Very rarely, a reasonable decision threatens the current order of things and looks likely to slip out: as the recent case on the Magħtab fuel station. The decision-taking rules are designed to trigger an automatic self-defence mechanism against those who dare overstep their brief: the definite decision is postponed to the next sitting. It is then possible to call in the reserves to vote and the habitual absentees turn up, thereby ensuring a full house at the next Board meeting. There is also sufficient time to convince those who may have “misunderstood” matters and dared speak their mind. It is then possible to ensure that the majority falls in line.

This has created an institutional double hurdle against the environment and its protection. It is specifically designed to be so by the author of the 2016 Development Planning Act, clearly intended to introduce an institutional check on those who dare sing from a different hymn sheet from the one available. It is the slow death of our countryside and our environmental heritage – not just at Ħaż-Żabbar, but all over the islands.

Some of those who grumble and fill the comments sections of our newspapers with their views need to consider whether they have contributed to all this by repeatedly electing those who have designed this mess.

Published on The Malta Independent on Sunday – 25 February 2018 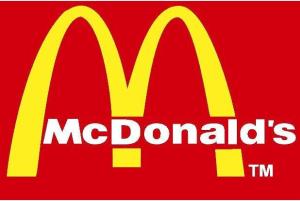 In 2009 McDonald’s restructured its business in Europe with the effect of extracting billions in royalties from its European operations.

This restructuring involved a number of decisions .

A Luxembourg based intellectual property holding company (McD Europe Franchising Sàrl) was set up immediately after a tax policy change (in Luxembourg) which allowed companies to benefit from significant reductions of their tax rate on income earned from intellectual property. Subsequently billions in royalties from McDonald’s European operations were routed to Luxembourg in the coffers of McD Europe Franchising Sàrl.

Over the five years 2009-2013 it is estimated that McDonald’s avoided the payment of €1 billion in taxes. Consequently the European states hosting 7,850 outlets which in 2013 had an estimated turnver of €20.3 billion have lost €1 billion in tax revenue.

McDonald’s the tax avoider tries to depict itself as a vital provider of jobs, particularly for youth. Most of McDonald’s employees experience precarious, low-wage work with little prospect for steady employment or advancement. It is known for instance that in the UK, the vast majority of McDonald’s 97,000 employees are on zero-hours contracts : employment contracts with neither guaranteed hours nor work schedule stability.

A very unhappy meal. Precarious employment for the employees and tax avoidance galore for the corporation!

Information extracted from : Unhappy Meal: €1 billion in tax avoidance on the Menu at McDonald’s  (report published by  Coalition of European and American Trade unions and War on Want, the UK based anti-poverty campaign group, 24th Feburary 2015)