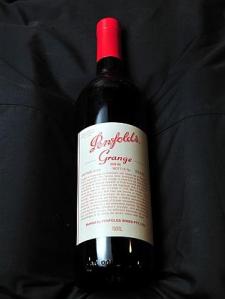 Australian premier’s resignation a sign of less, not more, corruption

There are few countries where it is considered a good thing when a powerful state premier resigns for misleading a corruption investigation. Australia, however, is apparently just such a place.Experts say that the resignation on Wednesday of New South Wales premier Barry O’Farrell over the gift of a bottle of wine is a sign of a political culture that has become allergic to even the whiff of corruption.

“I think what it shows is that we have a higher bar here,” said Professor Adam Graycar, a professor of public policy at the Australian National University and expert on global corruption.

“In New Jersey, nobody would think of stepping down for a bottle of wine.”

O’Farrell announced his decision after an investigation into corruption in the state unveiled a hand-written thank you note for an A$3,000 ($2,800) bottle of 1959 Penfolds Grange a day after he had denied any knowledge of it.

He framed the resignation not as an admission of guilt but an act of responsibility. Prime Minister Tony Abbott went so far as to call it “an act of honor, the like of which we have rarely seen in Australian politics”.

It is unlikely that the public will blame the ruling federal Liberal Party for the incident because it happened at the state level, said Dr. Peter Chen, a senior lecturer in politics at the University of Sydney.

At the same time, O’Farrell is likely to be seen favorably within the party for having defused a messy political situation by stepping down rather than dragging it out until state elections set for next year.

It is, Chen said, somewhat of a win-win for them.

“Unless something does come out, unless there’s a big second whammy, then I think O’Farrell within his own party is going to be seen to be a pretty heroic figure for jumping on a hand grenade,” he told Reuters.

None of this is to say that Australia is without corruption, either in its present or its past.

In the 1970s, Queensland Premier Joh Bjelke-Petersen ran that state as almost a personal fiefdom, and it was the widespread corruption of the NSW Labor government that preceded O’Farrell’s that sparked the current corruption investigations in the first place.

That inquiry has proven successful at rooting out corruption in New South Wales, Dr. Chen said, but corruption will always exist as long as state politics remains dominated by just two political parties.

“Because of that you do have problems of potential issues of corruption where it’s very economically rational for potentially corrupt individuals to pony up to both sides of politics,” he said.

Still, Australia ranks very favorably on indices of corruption, such as Transparency International’s Corruption Perceptions Index, on which it was rated the ninth least corrupt country in the world in 2013.

It is precisely because of all the ground that has been gained in combating corruption, Prof. Graycar said, that Australians have become so intolerant of it.

“When a situation occurs which has a corruption element, we feel all the more egregious about it because it is not what we expect,” he said.

Ultimately the real tragedy of O’Farrell’s downfall was choosing the wrong bottle of wine to go down for, said Peter Simic, Editor and Publisher of Winestate Magazine.

“Personally, I would have held out for the ’55,” he told Reuters.

“If you’re going to lose your job, you might as well hold out for a better-quality wine.” 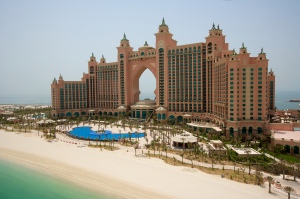