Next week’s Paris Climate Change meeting is the 21st Conference of the Parties (COP21) relative to the UN Framework Convention on Climate Change, a framework treaty signed in Rio de Janeiro at the 1992 Rio Earth Summit.

For the first time in over 20 years of UN negotiations, the Paris meeting aims to achieve a universal and legally binding agreement on climate, with the aim of ensuring that global warming does not exceed the pre-industrial revolution temperatures by more than 2°C.

A number of Pacific island states whose very existence is threatened due to the rise in sea level as a result of climate change have been lobbying for a lower target, 1.5°C. This was, however, deemed as being too ambitious by the international community.

The Paris Agreement aims to help the world move towards a low-carbon future. This will mean that carbon emissions have to be reduced across the board and on a global level, as a result reducing global warming. If there are sufficient reductions in carbon emissions over a number of years the global temperature will, hopefully, be reduced by at least 2°C. If, on the other hand, carbon emissions remain practically unchecked, it is estimated that the temperature rise will be as much as 6°C over pre-industrial revolution temperatures by the year 2100. This would inevitably have catastrophic consequences – some of which are already being experienced.

The foundations for the Paris Climate Change Conference were laid in Lima, Peru, 12 months ago, as a conclusion of COP20 in what is known as the ‘Lima Call for Climate Action’. In Lima, all countries were called upon to declare their plans and pledges for the reduction of carbon emissions. Such pledges have, to date, been made by more than 180 countries which together are responsible for 97.8 per cent of global carbon emissions.

This response to the Lima Call is considered by many as being very positive, this increasing the likelihood of a successful outcome in Paris.

However, coupled with the plans and pledges for the reductions of carbon emissions, the underdeveloped countries expect that the developed countries will honour their pledges of substantial contributions to finance their transition to a low carbon economy. Initiatives during the past 12 months indicate that even on financing, Paris is on track.

During previous climate change conferences, all the countries expressed a willingness to address climate change. There was, however, one problem: they wanted others to do the hard work required. As a result, no one wished to take the first steps. The failure to reach an agreement in Copenhagen in the 2009 COP was a wake-up call.

Hopefully, we are on the eve of a global consensus that the time is ripe for action. We have a duty towards future generations to change direction and reverse the climatic impacts of human activity. Paris could well be the last chance to save the planet.

published in The Malta Independent on Sunday : 29 November 2015 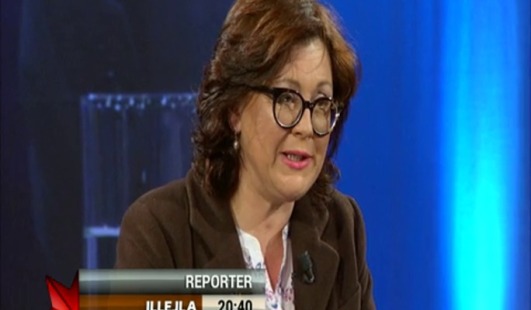 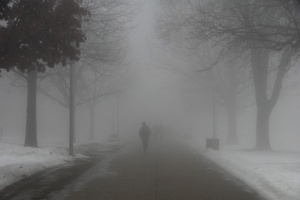 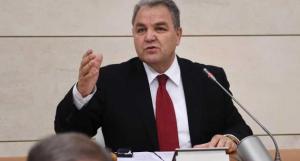 Last Thursday was one of those very rare occasions when the MEPA Board, considering two different development applications submitted by the Freeport Terminal operator, decided on the one which will be beneficial to Birżebbuġa residents.

I must confess that I was surprised at this, as I am accustomed to a MEPA which thinks and acts differently. I do not know whether Thursday’s sitting was a one-off or else whether it signals that the Authority has at last realised that the quality of life of our communities should be the real focus of its endeavours. Only time will tell.

The first application was to renew an approved permit in connection with  dredging work aimed at enabling larger ships to make use of the West Quay of Terminal 1. The second application proposed the installation of larger cranes with 140-metre jibs. The cranes currently in use have 110-metre jibs.

After repeated representations from the Birżebbuġa local council, as well as Birżebbuġa residents, MEPA-weeks before Thursday’s meeting- informed the Freeport Terminal Operator that siting these large cranes along the West Quay of Terminal 1 was unacceptable due to their impact on the quality of life of  residents, a number of whom live just across the road from the Freeport Terminal boundary wall.

The management of the Freeport Terminal complied with MEPA’s instructions to relocate the 140-metre jib cranes. This, however, begged the further question as to whether or not the pending dredging work was, in fact, now required.

The MEPA Board unanimously accepted the submission from the local council that, in view of the relocation of the cranes, there was no further need for the dredging permit and this was therefore not renewed.

Regarding the second application, seeking authorisation to replace a number of existing cranes with 110-metre jibs with more modern models having 140-jibs, the local council sought an explanation as to why a proposal for the siting of a power station close by – at il-Mara Bengħajsa (with an 80-metre high chimney) in the late 1980s was shot down by the Civil Aviation authorities, who are now accepting the installation of 140-metre high jibs.

During the discussion, it transpired that the clearance issued by Transport Malta was ambiguous. In fact, Transport Malta stated that the 140-metre jib cranes “will penetrate one of the established aeronautical protection surfaces by circa 18m and although this situation is not desirable, given the importance of this facility to the economy, on exceptional basis and without prejudice to any future request it is being considered acceptable subject to the following mitigations ………………”

You have read correctly. The 140-metre jib cranes are “not desirable” yet they are “being considered acceptable” by Transport Malta due to the importance of the Freeport to the economy.

The MEPA Chairman is insisting that Transport Malta owes us an explanation. He could have added that safety should not be compromised for any reason, including “economic importance”.

In a further twist in the whole saga, the Freeport Terminal management proceeded with the installation of the new cranes without waiting for a MEPA decision on the development permit requested.

Public opinion has been repeatedly critical of MEPA for its insensitivity to the impact of developments on residents in various localities. Economic operators were afforded  sufficient protection to be able to over-ride the growing environmental concerns of our communities.

The same MEPA Board which, last Thursday, unanimously decided to refuse the renewal of a development permit to carry out dredging work had, 18 months ago, voted by a large majority in favour of changes to the Freeport’s environmental permit such that it would have been permissible to carry out repairs to ships and oil rigs at the Kalafrana Terminal.  It was only at the insistence of the Birżebbuġa Local Council that the Freeport Terminal management opted not to use the permit issued.

The question to which I seek an answer to is whether Thursday’s events signify that MEPA has awoken up from its slumber and smelled the coffee  It would indeed be commendable if it is capable of standing up to corporate (and state) arrogance.

Ending MEPA’s Rip van Winkle phase would signify that, after all, the possibility to improve the quality of life in Malta through better environment protection does exist, after all. But time is running out.

published in The Malta Independent on Sunday – 22 November 2015