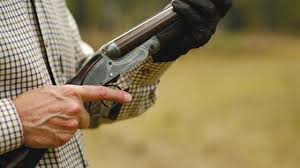 If birds had a vote the referendum scheduled for 11 April would not be necessary. Parliament would have afforded them protection many years ago.  But they have no vote.

If birds had a vote, we would never have lost the right of access to the countryside during spring. Spring, the best season of the year, is when families are being prevented from taking children to the countryside due to men running around with guns and generally shooting anything that flies.

If birds had a vote we would be spared the embarrassment of inviting tourists to Malta on the promise of glorious scenic country views and then hoping that they would avoid the countryside altogether.

If birds had a vote we would be spared the absurd situation of having national natural parks (to which children are invited to learn about nature) and that having to witness bird hunting in its midst.

If birds had a vote bullies roaming the countryside would surely be under control.

But birds have no vote. However on 11 April we can vote on their behalf to abolish spring hunting. 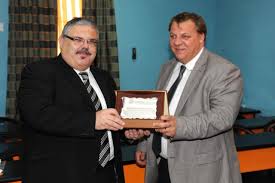 The abrogative referendum which was given the green light by Malta’s Constitutional Court earlier this month is the first of its kind. It is a referendum which, if successful, will delete from Malta’s statute book regulations which permit spring hunting on quail and turtledove.

In its efforts to  build up support in favour of the retention of spring hunting, the hunting lobby has been repeatedly sending out the message that if this referendum were to succeed, it would pave the way for a multitude of other referenda which, in their words, would threaten various hobbies which they label as minorities. They mention a few of these hobbies  among which pigeon racing.  Obviously, they fail to state that the only real threat to racing pigeon enthusiasts here are those who shoot at anything that flies. And it is not just a one-off incident.

The hunting lobby is not enthusiastic  about the referendum process enhancing democracy in our islands by granting the possibility to voters to demand that a specific legislative instrument is subjected to a  popular vote. They would rather that such a right did not exist.  As witnessed throughout recent years, the hunting lobby prefers the option to acquire concessions through back room deals and agreements with political parties arrived at through a process of bartering votes for concessions.  The statement “NO Kaċċa, NO vote” has been all too familiar in public manifestations organised by the hunting lobby throughout the years.

The abrogative referendum in Malta was introduced through amendments to the Referendum Act approved by Parliament in 1996. Going through the transcripts of the Parliamentary Debate of the 15th and  16th January 1996 reveals an interesting contrast between the speeches of Eddie Fenech Adami, then Prime Minister, and Alfred Sant, then Leader of the Opposition, in the second reading stage of the debate.

Dr Fenech Adami  spoke in favour of a limited right of referendum – limited in the sense that a set of identified legislative instruments could not be subjected to an abrogative referendum.  On the other hand, Dr Sant wanted to extend the limitations. In fact, he emphasised that once a political proposal was part of a political party’s electoral manifesto it should not be possible to subject it to the abrogative referendum process.  Fenech Adami and Sant had also disagreed on whether  it was the appropriate time to introduce a citizens’ initiative through which rather than using the referendum as a negative instrument to cancel a legislative instrument, it would be utilised to submit a proposal to popular vote.  This could take the form of a proposal that Parliament should legislate on a specific matter, or even possibly that policies be drafted relative to neglected issues.

When identifying the subject matter for a referendum, the petitioners, with the help of their advisors, examine the different legislative instruments  which deal with the issues under consideration.  Care must be exercised such that the legislation selected as the subject of the referendum does not go beyond what is strictly required. For the 11 April referendum the Coalition for the Abolition of Spring Hunting opted for a 2010 Legal Notice  entitled Framework for Allowing a Derogation Opening a Spring Hunting Season for Turtle Dove and Quail Regulations as the legislative instrument to be voted upon. In so doing, the Coalition’s referendum petition differentiated between the general regulatory legislation on wild birds and the legislation which defined the exceptions which are being permitted during spring. The target of the abrogative referendum being the exception to the rule.

As a result the referendum petition is clear and specific and leads to one conclusion: the abolition or otherwise of spring hunting in Malta. This is the only referendum on the national agenda .

published on The Malta Independent on Sunday – 25 January 2015

The abolition of spring hunting will lead to the protection of birds when they most need it. All birds will be protected, not just the quail and turtle dove.  Birds need our protection during the spring as it is the time of the year when they breed or are preparing to breed. Every bird which is shot during spring signifies that there will be one less nest and consequently there will be fewer birds in the following seasons.

The Birds  Directive of the European Union is an integral part of Maltese law since, and as a result of, Malta’s EU  accession in 2004. The Directive expressly states that EU Member States along migratory bird routes have a far greater responsibility regarding bird protection. This responsibility is spelled out in article 7(4) of the Directive where it is very clearly stated that : “In the case of migratory species, [member states] shall see in particular that the species to which hunting regulations apply are not hunted during their period of reproduction or during their return to their rearing grounds.” This applies to all bird migratory routes throughout EU territory without exception.

The Birds Directive is not a Directive about hunting but about the protection of birds. It does, however, recognise that circumstances may arise as a result of which it may be necessary to permit an exception, which exception is called “a derogation”. Exceptions are very well defined in article 9(1) of the Birds Directive (vide box) and these are the only circumstances in respect of which an EU member state may derogate from its obligations under the Birds Directive. It follows that whilst EU members have the authority to permit an exception, such an exception, or derogation,  must be within the three general parameters determined by the Directive. It is not a right but a tool for addressing the specific situations mentioned in the Directive. Readers will very easily notice that the permissible derogations make no reference to the killing of birds for fun – commonly referred to as “hunting”.

Being on a migratory bird route means that Malta has an international responsibility to protect all birds returning to their rearing grounds to reproduce. This return occurs annually during spring, hence the need to abolish spring hunting. It is a duty we have towards the international community in respect of all the birds migrating through Maltese airspace.

The abrogative referendum, in respect of which Malta’s Constitutional Court decided that no valid objections had been filed, will ask voters whether or not they agree with the regulations that permit a spring hunting derogation for two specific species: turtle dove and quail. These regulations are contained in the Framework for Allowing a Derogation Opening a Spring Hunting Season for Turtle Dove and Quail Regulations, originally published in 2010.

Voting NO on the 11 April  will protect  birds migrating over Malta during spring as well as restore back to the public access to the countryside at that time of the year. It will also eliminate the negative impact (through the sound of gunfire and the trampling all over the countryside) which will further help to attract and allow other breeding birds (not just quail and turtle dove) to nest in our country.

Currently, Malta’s countryside is practically inaccessible during the spring hunting season as one runs the risk of being showered with hunters’ pellets. Maltese families have very little access to the countryside when hunters are enjoying their spring derogation- and a number of them shooting at anything that flies.

This means that Maltese families and their children are being deprived of enjoying nature in all its splendour. We are all entitled to enjoy the countryside, which belongs to us all and not just to a select few. This enjoyment is currently being obstructed by the spring hunting derogation which the Parliamentary parties have been defending continuously.  It is about time that we reclaimed our right to fully enjoy nature in spring, while simultaneously allowing birds to continue breeding.

A total of 41,494 citizens signed a petition which has resulted in the abrogative referendum that will be held on 11 April 2015. This is a unique opportunity to protect the birds and help re-establish our families’ links with nature during the spring.  Let us use this opportunity well by voting NO, thereby rejecting the regulations contained in the spring hunting derogation and consigning spring hunting in Malta to the dustbin of history. 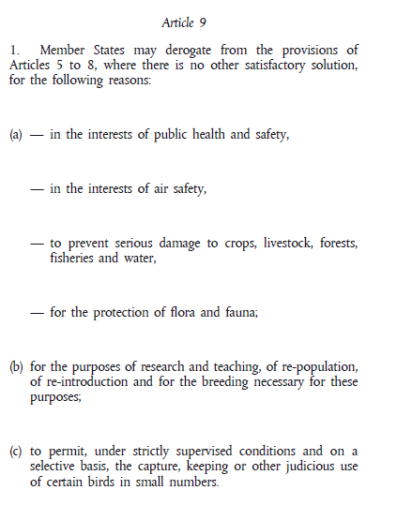 published in the Independent – Sunday 18 January 2015 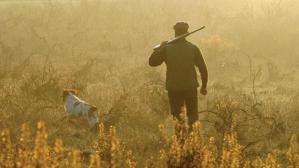