Last week’s hunting related incidents and the reactions of Joseph Muscat’s government is clear indication that Malta’s Labour Party is fed up of being blackmailed by the hunting lobby. It is realising, just eighteen months into this administration’s life that the hunting lobby has been squeezing Labour’s balls for far too long. It seems that Labour has finally found the appropriate time to ensure that the hunting lobby let go.

Its much more than the need not to embarrass Commissioner-designate Karmenu Vella in next week’s hearing at the European Parliament. It is in fact the direct result of Juncker’s challenge through the determination of Vella’s portfolio.

Earlier this month the Guardian, in what is most probably the most accurate assessment of Juncker’s strategic thinking, stated that “Juncker is effectively calling the bluffs.”

The Guardian, analysing Juncker’s nominations, has concluded that Jean-Claude is putting a number of national governments on the spot. Specifically referring to the British, French, Hungarian, Greek, German and Dutch designate-Commissioners the Guardian argues that Juncker has strategically placed them in charge of policy areas which their national governments have a problem with.

Even though the Guardian did not refer to Karmenu Vella’s portfolio it is pretty obvious that Vella fits the bill perfectly. Karmenu Vella as Environment Commissioner will have very little room to manoeuvre in order to accommodate Muscat’s hunting and trapping commitments and hence if Muscat opts to continue to defy the EU environmental acquis he will be in for a lot of trouble and embarrassment.  Karmenu Vella will be the reluctant executioner. Joseph Muscat clearly wants to avoid this.

This is Juncker’s gamble as a result of which the squeeze on Labour’s balls may get worse. 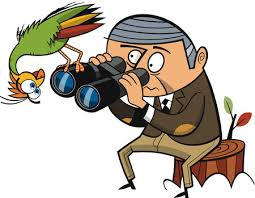