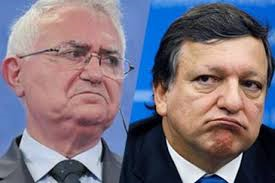 A study has tracked how the dominance of language that first appeared in tobacco industry’s submissions gradually crept into the final drafts of the European tobacco directive passed by the European parliament earlier this year. Using a word coding technique, researchers tracked how the European Commission’s drafts on tobacco control policy changed markedly between 2010 and 2013, resembling tobacco industry submissions much more than those of health groups in the latter stages. The study concludes that the change in the drafts coincided with massive lobbying by the tobacco industry and was ‘associated with significant policy shifts’ towards the tobacco industry. The research in Tobacco Control, published by BMJ, was conducted by the University of Oxford, London School of Hygiene &Tropical Medicine and the University of Bath.

The research team used a form of automated content analysis, Wordscores, to code the wording of three main drafts of the proposed revision to the European Tobacco Products Directive. They also coded 20 documents from 18 stakeholders (health groups and representatives from the tobacco industry) written between 2010 and 2013, in which the different positions on tobacco controls were expressed. This computer-based technique is widely used to code policy positions of party manifestos and lobbyists, but it is thought to be the first time it has been applied to measure the effects of different lobby groups on tobacco control. The research team scaled Wordscores from 0, reflecting the position of tobacco industry, to 1, reflecting the position of tobacco control advocates. They found that the European documents shifted from a near neutral position of 0.52 (slightly favouring the health groups) to 0.4 (a relative 10% shift towards the tobacco industry position).

Initially, the European Commission’s draft legislation from 2010 was closer to the position of health groups but as it passed through the Commission in 2013 and eventually EU Parliament and Council in 2014, the policy position moved significantly closer to that expressed by the tobacco industry, says the research. The research adds that this shift coincided with the tobacco industry employing over 170 full-time lobbyists and corresponded with a reduction in the proposed size of plain packaging labels, delays to proposed bans on menthol cigarettes, and a scaling back of proposed limits on where cigarettes could be sold. Several stakeholders, including retailers and trade unions, also held positions closer to the tobacco industry over the same period.

The word ‘health’, which appeared in about 1.71% of words in health group submissions, made up around 1.5% of total words in the initial European Commission proposal but only 1.21% of total words in the final approved legislation, says the research. Meanwhile, the researchers found that the root word ‘warn’, used frequently in submissions by health groups, declined from 1.57% to 1.18% in official EU documents.

Researcher Professor David Stuckler from Oxford University said: ‘This study documents a significant policy shift in EU legislation in favour of the tobacco industry following massive lobbying. This shift happened in spite of the fact that all EU countries have signed the Framework Convention on Tobacco Control, a treaty developed to protect policy-making from industry manipulation, which is a cause of concern.’

Professor Martin McKee, from the London School of Hygiene & Tropical Medicine, said: ‘Our study shows why we need to tighten up the governance of health policy in the different institutions of the European Union.’