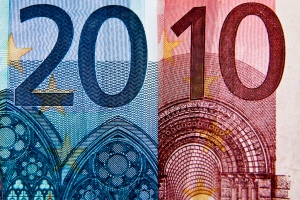 The Bill is christened as a law on the Financing of Political Parties. However whilst it deals with many issues it fails to address financing.

Alternattiva Demokratika draws attention that the Maltese state already finances political parties. For many years, since the 1990s this financing has been limited to the Parliamentary political parties. In the last estimates approved by Parliament for 2014, for example, in the budget’s line item 5298 Parliament approved the sum of €200,000 with the following description : Development of relations with E.U. and the Mediterranean region by Political Groupings in Parliament.  These are monies which the taxpayer already pays unto Parliamentary political parties every year. (To date the PN and the PL have each collected around  €2,000,000 from the state coffers.)

This is not the only state financing already in hand. As explained in a press release[1] for many years, out of the funds allocated to MEUSAC 4 organisations, namely Union Ħaddiema Magħqudin (UĦM), General Retailers and Traders Union (GRTU), Malta Employers Association (MEA) and General Workers Union (GWU) each receive an annual allocation of €58,200.

The state also assists various constituted bodies, including NGOs, through specific agreements which facilitate state paid employees assisting these organisations whilst they are still paid by the state.

All the above is already being implemented.

Alternattiva Demokratika would have no difficulty in shouldering the administrative responsibilities spelled out in the Bill under consideration if it too is treated similarly and receives financial assistance which the PN, the PL and the organisations referred to above have been receiving for a substantial number of years.

[1] Press release issued by the Department of information on 26 September 2013 with reference PR 2055 entitled : Press Statement by Dr Vanni Xuereb, Head of MEUSAC.  Accessible at http://www.meusac.gov.mt/prs2013