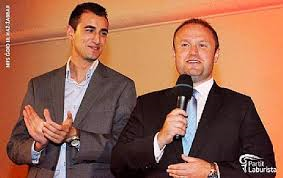 In respect of donations, loans and investments the Bill is a substantial improvement on the proposals made in the White Paper. Further improvement could be made through reducing unnecessary paperwork. For example there is no need to have three reports every year on donations, when one would  be sufficient.

The permissible thresholds on anonymous donations has been substantially reduced from what was originally proposed in the White Paper from €500 to €50 per annum. This is positive.  It is likewise positive that donations between €50 and €500 per annum instead of being anonymous will now be considered confidentially and documented and hence will be subject to the audit process. Alternattiva Demokratika is satisfied that its insistence on this point has not been in vain. It is likewise positive that even the threshold of donations registered internally in political parties has been revised. The acceptable range in the White Paper was between €500 and  €10,000. This has now been revised to between €500 and €7,000 per annum. This means that the permissible maximum of donations which can be accepted without being declared has been reduced from  €10,000 to €7,000.

There were additional changes on donations. The maximum donation which can be accepted has been reduced from €50,000 to €40,000 per annum  such that the declarable donations received in respect of which the regulatory authority is to be notified and which would eventually be made public would be all the donations in the €7,000 to €40,000 range.

It has also been observed that the Bill is much more clear in respect of loans to political parties which are not on commercial terms. Even this is an improvement on what was originally proposed in the White Paper.

However the Bill makes no direct reference to commercial companies held and run by political parties.

The utilisation of the resources of commercial companies by political parties could be another channel for donations both if it is an issue of utilisation of human resources as well as if it is a use of services with rates which are not commercial. Whilst this consideration may result from the Bill in an indirect manner it would be much better if specific provisions regulating the commercial investments of political parties are introduced.

The above does not result from the Bill under consideration.