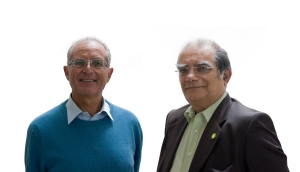 The European Parliament campaign for the next Parliament has now come to an end. We have voted. As I write the counting hall is being prepared for the final scene: the counting of the votes. We will now be informed of the verdict.

Around 75% of those entitled to vote have cast their vote. A high percentage by European standards, but maybe slightly low by what we are used to in Malta.

It was a campaign, supposedly about Europe. That is what I tried to do together with Arnold my AD colleague. We tried to frame local issues within the current and future EU agenda. Unfortunately we had little or no response on European issues. The reaction was so scant that we could not expand on other important issues.

We discussed issues of transparency and accountability related to the European Commission and other European institutions. No response, except that the price of petrol was down by 2 euro cents!

We discussed the safety of residents from industrial mishaps (Seveso Directive), bathing water quality (Bathing Water Directive and Urban Wastewater Directive) as well as whisteblowing and the voting patterns of Maltese MEPs.

We had no reaction except on water and electricity bills or Simon’s direct orders!

Maltese MEPs did not explain why 4 of them opposed the proposal to grant protection to Edward Snowdon, with the other two not even bothering to vote!

There were no reactions to the Greens’ proposal to have Digital Rights defined on an EU level, applicable to one and all. Nor were there any tangible reactions to the Green’s position on the threats to democracy posed by the TTIP process [TTIP is the Trans-Atlantic Trade and Investment Protection negotiations currently in hand between the EU and the US].

What about immigration and the EU New Deal for Somalia? Or the fact that Martin Schultz and Jean Claude Junker will have considerable difficulty in delivering their promises until they have the cooperation of the governments of the EU member states which have been less than forthcoming to date?

We await the results to know the verdict: who will be selected? Will those who have no interest in European issues remain on top? We await the verdict which will certainly impact our vision of the Europe we want.