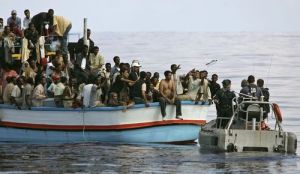 The United Nations High Commissioner for Refugees (UNHCR) estimates that in 2013 there were almost 40,000,000 displaced persons in the world, of which almost half are refugees outside their own country. The UN indicates that 200,000 of these refugees urgently need to be resettled every year, but only half of them find a new home; more worryingly only 4,500 are resettled in the European Union – compared to 80,000 per year in the USA. Thousands of people die on Europe’s external borders every year, because of ever stricter controls and because the means of legal entry into the EU remain limited. The EU has a duty to ensure that these people can seek protection. We need more efforts to establish an asylum system worth its name. The European Border Agency FRONTEX is the wrong agent for that and member states are violating human rights in their border policies. We need greater efforts by the EU as well as member states and more coordination for ‘rescues at sea’, and we need legal and safe ways for entry, for example with humanitarian visas. We have to get rid of the current rules (the ‘Dublin Regulation’) that force refugees to apply for asylum only in the country where they first entered the EU. We should, in our foreign relations as well as our trade and development policies, address the issues which force people to migrate. Greens have been successful in the fight for the creation of an EU Joint Resettlement Programme as well as for funds for emergency resettlement of refugees facing a humanitarian crisis. EU member states must do everything they can to make full use of these funds and show solidarity, not only amongst each other, but also with troubled neighbouring regions.. (EGP 2014 Manifesto section entitled  : Fighting for Fair Asylum and Migration Policies).

One comment on “Snippets from the EGP Manifesto: (4) Asylum and Migration”