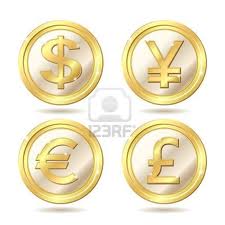 The row surrounding the actions of former Conservative co-treasurer Peter Cruddas is the latest in a series of scandals surrounding money given to politicians and political parties.

Here are some of the most significant:

In March 2010, three former Labour ministers – Geoff Hoon, Stephen Byers and Patricia Hewitt – were suspended from the party after they were filmed by Channel 4’s Dispatches programme apparently offering to help a lobbying firm in return for cash.

Mr Byers, a former transport secretary, was filmed saying he was like a “cab for hire” who would work for up to £5,000 a day.

Ex-defence secretary Mr Hoon said he wanted to make use of his knowledge and contacts in a way that “makes money” and that he charged £3,000 a day.

David Cameron – then Opposition leader – said people were “disgusted” at the comments, while Justice Secretary Jack Straw said MPs felt “anger” at “their stupidity”, but there was “not a shred of evidence” they had done anything wrong.

The Commons Standards and Privileges Committee subsequently dismissed the complaint against Ms Hewitt, but recommended that Mr Hoon and Mr Byers should have their parliamentary passes suspended for five and two years respectively.

Mr Byers said he “should not have spoken in such terms”, while Mr Hoon acknowledged he got it “wrong” in giving the impression he wanted to profit from his government contacts.

In December 2006, Tony Blair became the first prime minister to be interviewed by police in the course of a criminal investigation.

Officers were probing allegations that peerages were offered in return for million-pound loans to political parties, following a complaint by Scottish National Party MP Angus MacNeil.

The scandal dogged Mr Blair’s final years at No 10 and saw him interviewed three times by police, although not under caution.

Both Mr Blair’s chief fund-raiser Lord Levy and director of government relations Ruth Turner were arrested and questioned by police on suspicion of perverting the course of justice – both always denied any wrongdoing.

Eventually, after a £1.4m, 19-month investigation, the Crown Prosecution Service announced that nobody would be charged, as there was no realistic prospect of a conviction.

When the case was closed, Mr Blair said the investigation had ended as he “always expected it would”.

In 1994, Conservative MPs Neil Hamilton and Tim Smith were accused of taking cash in brown envelopes from Mohamed Al Fayed, the then owner of Harrods, to ask questions in the House of Commons.

The claims were made in the Guardian newspaper and supported by Mr Al Fayed himself.

Ian Greer, as head of lobbyists Ian Greer Associates, was said to be the middleman in the transactions.

Mr Smith admitted to the payments and resigned immediately but Mr Hamilton protested his innocence. He was, however, forced to resign as corporate affairs minister.

He also lost in parliamentary seat in 1997, ousted by independent candidate Martin Bell who stood on an anti-sleaze ticket.