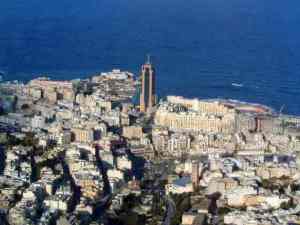 In AD’s manifesto it is stated that : The current slow down of the building industry makes it ripe for restructuring. The first step would be acceptance of the fact that too much of the Maltese islands are built up and that the up-take of more land for building should cease forthwith. Nor can we continue demolishing the core of our towns and villages and replacing them with more intensive development. The restoration of old buildings and their adaptation to uses compatible with today’s needs is the necessary way forward.

With over 70,000 vacant properties it is about time that we take stock of the situation and finally decide that it does not make sense to keep adding to the stock of vacant dwellings.

The rationalisation exercise in 2006 extended the development zones when the 2005 Census  was already clearly indicating that the number of vacant dwellings was on the increase. Yet prodded by developers the PN in government (supported on this issue by the PL) not only increased the limits of development but also increased the permissible heights in various localities. Today the situation is even worse.

The need to restructure the building industry is consistent with AD’s electoral proposals for a moratorium on large scale residential development, and the reversal of the extension of the limits to development and the permissible building heights.   Instead of shedding its surplus labour force the building industry should be encouraged to seek alternative avenues. Applying usefully EU funds Government can assist through training programmes in such areas as traditional building skills, road building and marine construction works.

3 comments on “Restructuring the building industry”