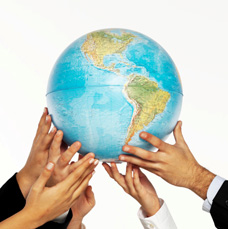 Going through the draft National En­vironment Policy (NEP) one immediately acknowledges that its im­plementation will take quite some time. A long journey always starts with a couple of short paces, the first of which being generally the most difficult. While this obviously depends on the level of commitment to the task ahead, the very fact that a decision to start the journey has been taken is of significance.

There are important issues which the draft NEP fails to tackle adequately. I will focus on two of them.

I expected the proposed NEP to define a policy direction as to how these principles are to be applied in Maltese environment policy. The draft NEP speaks at length on the polluter pays principle exclusively within the context of waste management policy completely ignoring its applicability in other areas. It makes indirect reference to the preventive principle and to the rectification of environmental damage at source. However, it makes very scant reference to the precautionary principle and limits this strictly to genetically modified organisms.

The precautionary principle is incorporated as Principle 15 in the 1992 Rio Declaration on Environment and Development and was subsequently taken up by the EU and various other countries as a basic principle in environmental legislation. The Environment and Development Planning Act of 2010 defines the precautionary principle as “the principle whereby appropriate measures are taken to protect the environment and to ensure sustainable management of natural resources in the absence of absolute or conclusive scientific proof of the need for such measures”. Uncertainty about damage to our health or to the environment calls for policy in which precaution is the primary objective. The NEP is where this should be spelt out.

Other countries have produced detailed documents guiding both stakeholders and policymakers. An example being the report entitled Prudent Precaution, submitted in September 2008 to the Netherlands’ Minister of Housing, Spatial Planning and the Environment by a panel of experts appointed by the Health Council of the Netherlands. As stated in the introduction to the said report the relevance of the precautionary principle is not restricted to the environment.

The draft NEP is silent and fails to define this essential policy direction. It is hoped that this failure will be rectified.

The draft NEP clearly indicates that the government is preoccupied with a lack of adequate environmental governance. The recognition of this fact is beneficial as the solution of any problem is dependent on recognising its existence.

It is clear that the fragmentation of environmental issues among the different ministries and authorities is not of benefit to environmental governance in Malta. While acknowledging that it would be impractical to have all areas (in particular those with the barest of overlaps with the environment) under one ministry or authority it does not make sense to have both Malta Resources Authority and the Malta Environment and Planning Authority with jurisdiction over fragmented water issues. Nor does the 2008 decision to hive off climate change from the environment to the resources portfolio make any particular sense in a local context. There will always be overlaps between the three pillars of sustainable development. In addition to water and climate change, in a small country it is much easier to coordinate closely related areas such as resources management and the environment. This would amalgamate the small numbers of trained personnel available.

Fragmentation is one of the causes of weak environmental governance in Malta. Yet the draft NEP only offers the solution of Cabinet committees. Cabinet committees have never solved anything. Rather they tend to be rubberstamps. The problems created by fragmentation have to be dealt with by bringing the related fragments back together in a permanent manner.

The adequate management of the environment requires a clear political direction and commitment to address administrative fragmentation. While the draft NEP is a courageous attempt it seems to require more than fine-tuning. Present and future generations demand it.