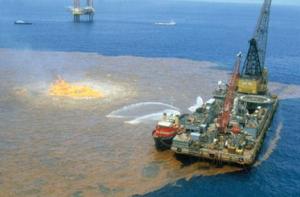 Alternattiva Demokratika this afternoon expressed concern about drilling in the Gulf of Sirte which is being taken in hand by BP.

Its spokesman on EU and international affairs, Arnold Cassola, said that it should be of extreme concern for Malta that BP, ‘which has a disastrous track record with regards to safety measures in this field,’ as seen from the recent Gulf of Mexico disaster, was about to start drilling an oil well in the Gulf of Sirte in Libyan waters.

“The Libyan government is already giving Malta a really bad name through the way it deals with irregular migrants. We ask the Maltese government, and the likewise subservient PL opposition led by Joseph Muscat, to speak up and show some dignity and self respect and not continue acting as if Malta were a colony of Libya,” he said.

Carmel Cacopardo AD spokesman on sustainable development, observed that approximately 60% of Malta’s drinking water is obtained through reverse osmosis. In the case of a major accident in the new BP oil well 500 kilometres away from Malta, a major source of drinking water may become unusable, he said.

“After the serious accident on the BP platform in the Gulf of Mexico which has been traced to incompetence and decisions doing away with safety procedures, a similar accident in a BP-run oil-rig is not an impossible happening. Such an accident will also have a long term effect on the livelihood of Maltese fishermen as well as on the tourism industry, not to mention the ecological havoc. AD calls upon the Maltese government to insist with the Libyan government as well as with BP that they are to ensure that all safety procedures are in place before drilling starts,” Mr Cacopardo said.

He also called upon the UK government which has defended BP with the US administration, to use its good offices to ensure that the lessons learnt from the Gulf of Mexico are acted upon immediately.

3 comments on “AD concern over BP oil drilling near Malta”