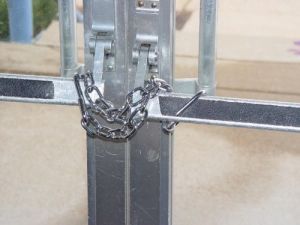 The debate on the functioning of the Mepa audit office has identified a number of contentious issues. Foremost among them is whether land use planning decision-makers are entitled to meet behind closed doors with applicants/objectors as part of the process leading to a decision.

Those who insist that Mepa decision-makers are so entitled have clutched to Magistrate Edwina Grima’s decision of October 28, as if it were the proverbial straw. They conveniently ignore however that Magistrate Grima qualified her decision by stating that it is not an examination as to whether the Development Planning Act was observed or not but one as to whether the criminal charges brought forward by the police were proven.

Land use planning is not just about the issuing of development permits. It is an exercise whereby the community decides the manner in which development is permissible, if at all. This signifies that the decision-makers, in arriving at a conclusion, must not only consider the interests of the applicant for a development permit.

One such procedure is that provided for in sub-section five of section 13 of the DPA. The crucial first words of the said sub-section are fundamental: “The meetings of the commission shall be open to the public.” This important statement is qualified later in the said sub-section by the authorisation to hold deliberations “in private”, that is no one except members of the Development Control Commission (DCC) and its staff can be present.

The members of the DCC have just one function: to sit as members of the commission and decide on applications in respect of which the Director of Planning, through his staff, has submitted recommendations. The DCC members have no role outside the meetings of the DCC in the same manner that a judge or a magistrate has no role outside the courtroom.

The point has been raised by Mepa chairman Austin Walker in an article titled (To Meet Or Not To Meet? (November 10) that it is perfectly legitimate for the decision-maker to seek additional information, which assists him/her in understanding the matter under consideration and, thereby, leading to a decision based on better or more accurate information.

Mr Walker knows that the ends do not justify the means. While I do not quarrel with the objective of seeking additional information where it is considered necessary, this must be carried out in a manner that is consistent with the provisions of both the letter and the spirit of the DPA. That meetings of the DCC must be held in public is fundamental in identifying the correct methods to employ in receiving information. This, to my mind, means that the decision-maker must at all times ensure that there is no direct contact with an interested party outside the formal DCC meetings open to the public. The decision-maker must be aware of the quasi-judicial role he/she is carrying out. Meeting behind closed doors with one of the parties does not contribute to ensuring that impartiality is the order of the day. It encourages the perception of both partiality and the existence of sinister motives irrespective of whether these exist or not.

How can the decision-maker ensure that the information received does not prejudice the interests of the community in general or specific objectors in particular when these are generally not aware of what went on behind closed doors? On the other hand, receipt of additional information during a public session would ensure that the information submitted is subject to public scrutiny. The community has the right to communicate its version, thereby countering, if necessary, the additional information submitted.

In a legal system based on the rule of law this is a principle of natural justice, which, in legal jargon, is referred to as audi alteram partem – listen to the other party. The practice of Mepa decision-makers meeting behind closed doors ignores this basic legal principle enshrined in the provisions of the DPA when it provides that the meetings of the commission have to be held in public.

It was on this basis that reports issued by the Mepa audit office of which I formed part during 2004-7 has continuously emphasised that meetings of Mepa decision-makers with interested parties behind closed doors are illegal.