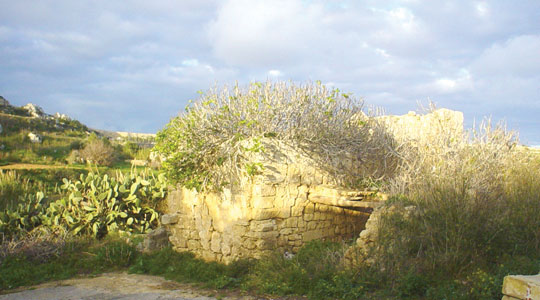 The on-going debate about the Baħrija Farmhouse to-be is at times verging on the hysterical, on both sides of the debate.

There are two opposing views : the first is that which essentially does not want any development Outside the Development Zone (ODZ). Dr Gonzi’s statement that “ODZ is ODZ” encapsulates this view. The second view is that the development of property is in itself an enhancement and should be encouraged, ignoring the “small irritations” like endemic flora and fauna. After all, it is argued, private property is just that private. You can (or should be able) to do whatever you like, it is argued !

I do not subscribe to either of the two views.

In fact the MEPA reform document published by government is slightly more realistic, advocating as it does the careful examination of all policies and the weeding out of those which are unnecessary or undesirable. Obviously the debate as to which of the existing policies needs to be changed is a pleasure yet to come and I will limit this contribution to the policies as existing today.

Whilst the layman’s point of departure in considering whether to apply for a development permit such as that at the Baħrija valley (Wied Marcia) is understandably the existence on site of a structure (or even one close by) even if it is one in a state of dilapidation, the professional proceeds otherwise.

The point of departure of the professional is the fact that the site in Wied Marcia lies in a valley which is an Area of Ecological Importance (Grade 1) and a Special Area of Conservation. In addition it is afforded protection in terms of the Structure Plan which prohibits development in valleys.

Decisions in respect of other ODZ sites are not necessarily relevant as each ODZ site has to be dealt with on its own merits in view of the fact that in many cases site specific policies are applicable.

The above is in simple language the Scerri Baħrija case. It could have easily been avoided as the rules are clear.