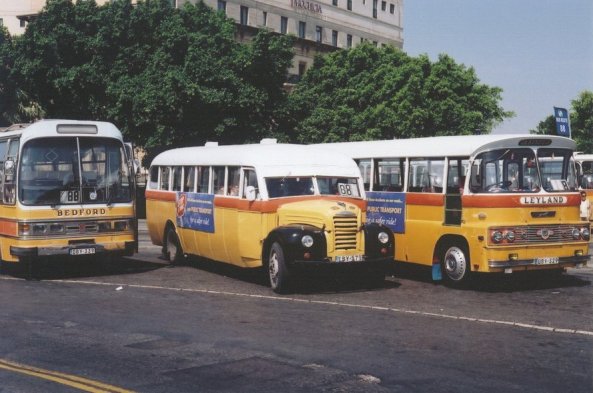 The overhaul of public transport is long overdue. It is required because the current set-up is not capable of fulfilling its objectives, namely facilitating our mobility efficiently and at the least expense. Expenses are not just monetary but include social and environmental impacts, which result from the various transport modes available for our use.

It is clear that the 292,000 cars on the road, rather than a sign of affluence, are the clearest available indicator on the lack of availability of an adequate public transport system. One of the first results an efficient public transport will deliver is a reduction of cars on the road, followed by an improvement in air quality, a reduction of traffic-related respiratory diseases and reduced time to move from one point to another during rush hours.

Through the minister responsible for transport, the government has submitted for public discussion a set of ideas that should lead to a public transport reform plan. This consists in a radical overhaul of what goes by the name of “public transport” in Malta. It is proposed to integrate the various forms of transport, land and sea, national and regional, thereby ensuring that a wider area of Malta and Gozo is within easier reach. The government document lists nine reasons that have led to the present mess. It outlines 15 points on the basis of which a detailed plan for the reform of public transport in Malta is to be drawn up. Studies are still being carried out: On a newly-proposed network, on the type of vehicles to be used and a financial analysis of the proposals. It is planned that these would be available between August and October.

No mention has yet been made of cycling as a possible means of transport especially in the short distances involved between adjacent towns and villages. A reduction of cars on the roads through an increased patronage of public transport would increase road safety and make cycling a realistic means of transport. A healthier population could be a welcome result.

A gradual reform could have been initiated much earlier, nibbling away the resistance to change nurtured by the accumulated vested interests of those who, rather than offering a service to the community, prefer to focus on the status quo. The present mess is the result of state intervention at its worst: Subsidising the sector and permitting a free-for-all at the same time. The reform of the public transport sector has to put an end to all this.

The government’s proposed reform plan puts forward a number of valid suggestions. When all the studies have been concluded, it is assumed that the finalised reform plan will be subjected to an assessment to determine its environmental, social and economic impacts both when fully operational as well as during the transition period. The matter could be considered through a Strategic Environment Assessment (SEA) in terms of EU directive 2001/42 entitled On The Assessment Of The Effects Of Certain Plans And Programmes On The Environment. This EU directive ensures that, when plans and programmes whose implementation have a significant effect on the environment are proposed, these are subject to an environmental assessment. The proposed transport reform will, when fully implemented, result in positive environmental impacts. But it also needs to be ensured that any negative social impacts which may result are mitigated.

The SEA Directive, transposed into Maltese legislation in 2005, has one important objective. It aims to ensure that prior to the public consultation on a proposed “plan or programme” political decision-making is made more accountable for decisions that effect the environment. It requires the assessment of plans and programmes and through making the said assessment available for public scrutiny it creates the basis for better decision-making and the integration of environmental considerations in the process.

There should not be any difficulty in carrying out such an assessment. It is necessary in order that the information available for the public consultation exercise is complete. It is pretty obvious that a reformed public transport system in Malta would bring along substantial environmental benefits.

A proper public consultation however includes an analysis of the environmental and social impacts of the reform proposals made. All issues need to be quantified and be clear for the public to be able to digest. The Maltese public needs to be informed in detail not only as to what is being planned but also on all the impacts thereof throughout the implementation period.

Transport policy in Malta stands to gain a lot through the implementation of the SEA Directive. The exercise of political power through the formulation of plans and programmes for reform needs to be kept in check through informed public opinion. The tools are available. We only ignore them at our peril.