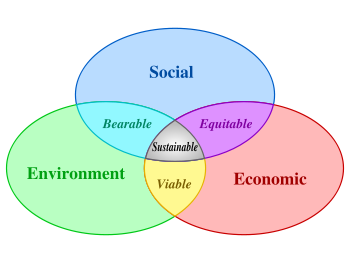 Agenda 21 is the basis on which sustainability strategies are drafted. This applies to both national strategies (say, Malta, the UK or Australia sustainability strategy) as well as supranational ones (like the EU, the Baltic Sea or Mediterranean sustainability strategy). Its full title is Agenda 21. A Blueprint For Action For Global Sustainable Development Into The 21st Century. Adopted at the Rio Earth summit in 1992 it is a result of the UN debate that ensued after the publication of the Brundtland Report. (Entitled Our Common Future, it was concluded in 1987 by the World Commission on Environment and Development chaired by former Norwegian Prime Minister Gro Harlem Brundtland.)

“Those who celebrated the industrial revolution never thought that we were injuring the planet, almost fatally. We didn’t have this knowledge. Today we know”.

It is within these parameters that the identification of sustainable development as the main theme underlying the government’s political programme assumes significance. It was stated that: “The government’s plans and actions are to be underpinned by the notion of sustainable development of the economy, of society and of the environment. When making decisions today, serious consideration will be given to the generations of tomorrow.” The objective is a long-term view of policy formulation and its implementation.

Sustainable development is not just about objectives; it is also about methods used in attaining them. It is about participation of the community in all that which is of concern. Agenda 21 identifies major groups in society whose role in decision-making needs to be reinforced at a global level: women, children, youth, indigenous people, NGOs, local authorities, workers and trade unions, business and industry, the scientific and technological community and farmers (Agenda 21, sections 23 to 32).

During the preparatory stages leading to the Rio Earth summit, Malta had submitted a proposal for an addition to this list. It was proposed that the world community should go beyond vague declarations of responsibilities towards future generations and institute an official guardian to safeguard posterity’s interests. Malta had then proposed the setting up of a “guardian of future generations” to appear and make submissions on their behalf, thereby introducing a new dimension, “the time horizon”, into the resolution of present-day issues. This proposal was not approved.

The government’s political programme for the current Parliament is revisiting this proposal. It is accepting that the impact of today’s decisions is of utmost relevance to future generations. This has considerable implications in all areas of policy and administration. It means that the government is (rightly) accepting that today’s generations are administering in trust on behalf of future generations. As a consequence, this signifies that the government has accepted that the present generation has a moral duty to ensure that when it concludes its tasks it hands over trusteeship to the next generation with less problems than it had itself inherited.

The fiscal deficit is being tackled and the target of a balanced budget is in sight. The environmental deficit, on the other hand, is much more complex to address as it will require the revisiting of all areas of policy which have contributed to its formation and present state. It will take much more than political rhetoric to deliver!

It requires tackling the quality of the air we breathe. As a result, this signifies the need to reduce transport emissions through the implementation of a sustainable transport policy thereby leading also to an improvement of our mobility. A sustainable alternative leading to a decrease of cars on the road could thus be available.

It requires addressing the impacts of the building industry, ensuring a sustainable use of resources as well as the setting up of an equitable rental market thereby utilising the vacant building stock.

It means addressing Malta’s contribution to climate change as a matter of urgency through living up to our commitments on the provision of renewable resources of energy as well as investing in energy-saving measures.

It means protecting our biodiversity. Recognising the intrinsic value of nature is fundamental. A recent report by the Irish environment authorities revealed that biodiversity has a net economic value to the tune of €2.6 billion per annum to the Irish economy!

It also means a culture of participatory democracy where the state leads but does not dictate.

This is the challenge which we all face. We are considerably behind schedule but if the sustainable development path is selected in earnest it may not be too late!

The author, an architect, is the spokesman on sustainable development of Alternattiva Demokratika – the Green party in Malta.