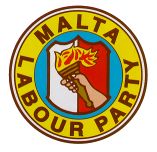 This is very encouraging.

Since the early 1970s, in the immediate aftermath of the Stockholm UN Conference on the Human Environment, in line with other governments all over the world the environment was promoted in Malta as a responsibility at Cabinet level. In 2001, the National Commission for Sustainable Development (NCSD) was introduced in the Environment Protection Act.

Chaired by the Prime Minister it is intended to implement the provisions of Agenda 21, approved at the Rio Earth summit in 1992, the 20th anniversary of the Stockholm Conference.

The Sustainable Development Strategy for the Maltese Islands was drawn up by the NCSD primarily but not exclusively through the inputs of civil society. Concluded late in 2006, it articulates the interrelationship between all policy areas and draws up the objectives of the paths our country should take in its transition from its present state to sustainability.

Sustainability is attained as a result of sustainable development, that is, by ensuring that all activity carried out by the community is based on a long-term view that places emphasis on the need for an integrated approach: policy and its implementation must integrate environmental, social and economic considerations.

As a result, while present generations satisfy today’s needs, future generations retain their options such that they too can make their choices.

NCSD identified 10 areas of action, namely (1) air quality and climate change, (2) energy efficiency and renewable energy resources, (3) biodiversity, (4) freshwater, (5) wastes, (6) marine and coastal environment, (7) land use, (8) transport, (9) natural and technological risks, and (10) leisure and the environment. In each of these areas it is required that policy and rhetoric are aligned thereby bridging an existing green gap.

Priorities will be identified by the political programme of the government, to be announced today when Parliament convenes for its first sitting after the March 8 election. Such a programme will not be written in stone. There are already a number of areas, notably the financial sector, in respect of which there is cross-party consensus. Sustainable development should be another such area. A consensus can be developed on the basis of the National Sustainable Development Strategy.

The longer it takes for the development of such a consensus the greater the damage to our economic/social/environmental fabric and the more difficult the healing period required.

While all the 10 areas identified by the strategy have to be tackled, I consider that priority action should be focused on renewable energy, conservation of water resources, development of an efficient public transport system, containment of the building in-dustry and protection of biodiversity.

A number of existing policies would as a consequence have to be revisited. For example, rent reform has to be tackled without further delay.

The Housing Authority would do well if it were to separate issues of social accommodation from those of ownership.

The former is a social need; issues of ownership are not. Rent reform could assume a different perspective from that identified to date.

In respect of pre-1995 tenancies it could retain security of tenure but not protected rent, thereby creating a reasonable basis for reform which would be fair to both owners and tenants.

In the case of tenants who are at the lower end of the income scale the Housing Authority could subsidise the fair rent but then it should not subsidise the well-offs who have been making use of third party property at meagre rents for generations.

An equitable reform of rent legislation would over a number of years, given suitable encouragement from the Housing Authority, release into the rental market a substantial number of the 53,000 vacant properties, thereby freeing pressures on unbuilt land.

There are other areas that need to be tackled, among them tourism, which to date is primarily linked to the hotel industry and practically ignores other more sustainable forms, like ecotourism and agritourism.

All are steps which assist the sustainability trajectory.

As a first step however we need to bridge the gap by ensuring that the National Sustainable Development Strategy is owned by the community and not just by the political parties.

If this first step is assured, I have no doubt that a fruitful implementation of the strategy can be initiated.