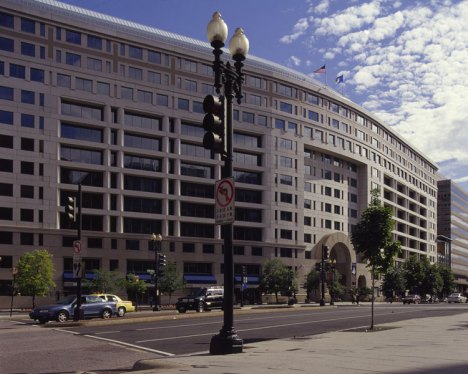 Article below was published on MiamiHerald.com last Sunday

As the Inter-American Development Bank gears up to support biofuel and renewable energy efforts, environmental critics claim the lending agency is backing too many unsustainable energy projects.

By JANE BUSSEY AND JIM WYSS

During a series of seminars on climate change, renewable energy and biofuels during the IDB’s annual meeting at the Miami Beach Convention Center, Moreno outlined the bank’s energy and climate change efforts, including the Sustainable Energy and Climate Change Initiative launched a year ago.

”[It is] the focus of the IDB’s efforts to respond to these key challenges of our age and assist our partner countries in dealing effectively with the issues they raise,” Moreno said during the second day of the meeting, which is expected to draw 6,000 Latin American, Caribbean, and U.S. finance officials, business executives, bankers and members of nongovernmental organizations.

But Amazon Watch, Friends of the Earth and the Bank Information Center, which also are participating in the annual meeting, questioned the bank’s support for highway and energy projects that they said will contribute to deforestation, harm indigenous communities and increase greenhouse gas emissions.

In Peru, the bank has approved a $400 million loan to the Camisea gas project, which cuts through a biodiverse region of the Peruvian Amazon. In Colombia, the Sustainable Energy and Climate Change Initiative has announced its backing of the Cerrejon coal mine, which Friends of the Earth says is highly polluting.

”The policies of the Inter-American Development Bank cannot be double-faced,” said Silvia Molina of the Bank Information Center.

At midday, about 20 demonstrators gathered outside the convention center and launched a balloon holding a banner that read ”Investing in Agrofuels is Dirty Business, ” a play on the organization’s initials IADB.

”We’re concerned about this mad rush into a false solution called agrofuels,” she said. Instead, the IDB should focus its efforts on truly renewable sources of energy and encouraging conservation, she said. “We want to see some real reforms.”

During seminars organized by the bank Saturday, experts pointed out that climate change threatens the region with extreme weather events, has driven farmers from land degraded by drought and could threaten plants and animals with extinction as well as endanger coral reefs in the Caribbean.

”There is no silver bullet, but we do have multiple actions” said Mario Molina, a Mexican who won the 1995 Nobel Prize in chemistry. He proposed that the IDB help organize a network in Latin America and the Caribbean to promote best practices in biofuels, renewable energy and energy conservation.

When the main meetings of the IDB get under way on Monday and Tuesday, the focus is expected to shift to the regional economy and finances.